« Nautilly
The birth of a shed » 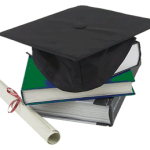 The Guardian is running a piece under an attention-grabbing but rather irresponsible headline: The £135 university lecture – but is it worth it?.

To achieve this figure, they take the planned fees for the University of Birmingham – £9000/yr – and divide it by the rather short terms – 22 weeks/year – and the number of lectures attended by students of probably the least demanding course on offer, at least in number of lectures: English literature and philosophy.

Rosie Taylor, the journalist, does mention in passing that

Admittedly, part of their fees will go towards the university’s day-to-day running costs, from stocking the library and organising exams to getting toilets cleaned and maintaining buildings.

and then ignores this rather important fact for the rest of the piece.

These arts students who have three lectures a week – and this is not unusual – would have been a subject of great envy for me as an Engineering undergrad. While they auditioned for Footlights and explored each others’ cocktail cabinets… Well, OK, that’s a little unfair, but I think I had more than twenty lectures per week, including a full set on Saturday mornings. That was in addition to practical sessions and small-group supervisions.

Those who run and attend the arts courses would assert that lectures were only a small part of the overall educational experience, but it will be interesting to see whether ‘value for money’ becomes a part of students’ considerations when choosing a course. I’m not sure whether that would be a good thing or not. Indeed, it could lead to a sort of snobbery – who attends the most expensive lectures on the campus? Or perhaps, “this course will cost you a lot per lecture but you’ll get a degree after only sitting through a few of them!”

Anyway, it’s interesting to note that on this highly artificial metric, my Engineering & Computer Science degree at Cambridge would be around one-tenth of the price of Literature & Philosophy at Brimingham.