A coming revolution in startup financing? 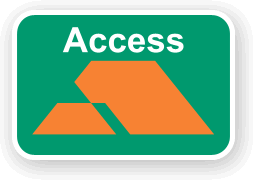 I remember when my parents got their first credit cards. This new method of paying for things materialised in the UK in the mid-60s, shortly before I did, but they only became widespread in the 70s and 80s, and my childhood was filled with advertisements for them. Anyone else here old enough to remember “Access – your flexible friend”?

American Express was also desperately promoting its alternative charge-card model with advertisements promising the earth. These were nicely satirised by the brilliant team from Not the Nine O’Clock News.

For some reason, it was a very memorable sketch for a young teenage boy, not used to seeing anything like that on British TV at the time!

Two other things, though, made a lasting impression on me at that age:

Debt, however, is not always bad. If you’re a business with reasonably predictable future revenues, debt-based financing can be attractive when compared with the alternatives, but in the tech industry of the last couple of decades, it has very seldom been a viable option for small companies and we’ve had to resort to venture capital instead.

But in a fascinating article entitled ‘Debt is coming’, Alex Danco suggests that this may be about to change, and that the trend for technology products and services to move to subscription-based models opens up new ways of financing startups, that may not depend on selling your company’s soul to the VCs.

The article’s worth reading in full if you’re at all interested in this area.

Thanks to Pilgrim Beart and Tim O’Reilly for the link to Alex’s article.

The heartache and thousand natural shocks that startups are heir to

The Camvine office is now, to all extents and purposes, finally closed. A quick summary is that we had a great team who worked very hard, a great product, customers who really liked what we did and placed repeat orders frequently, but we just never found a way to get enough of them through the front door each month to keep the company going. The fact that I started the company just at the beginning of a recession didn’t help, either!

An emotional time for us all, and the fact that I’ve been out of the company for six months or so now doesn’t lessen that fact. It hasn’t been appropriate for me to write about it before, because of the various deals and legalities going on, and I’m not going to do so yet either, except to say that deals have been struck which mean that the CODA system will live on, in some form, and involving some of the original people, at other companies.

Garry, the backbone of the technical team for several years, has written a blog post about the trials, tribulations, and technical challenges of his life at Camvine.