A nice chart in the Guardian recently: 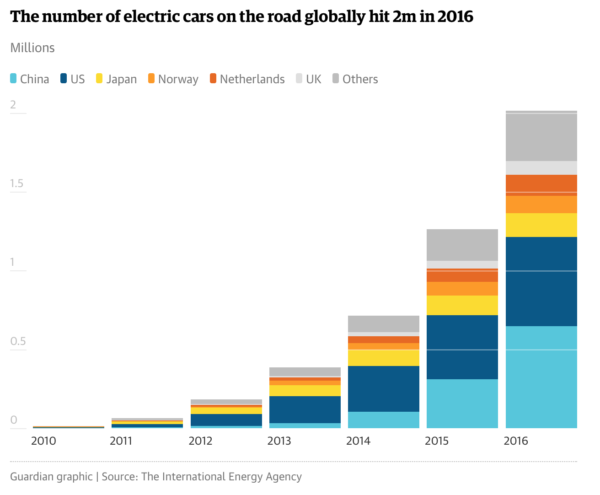 Electric vehicles are still, of course, a very small proportion of the cars on the road, but it looks as if things are heading in the right direction.

A couple of months ago I quoted this phrase from Sam Altman:

The hard part of standing on an exponential curve is: when you look backwards, it looks flat, and when you look forward, it looks vertical. And it’s very hard to calibrate how much you are moving because it always looks the same.

At least it does look exponential, though.

Lots of fun today at a family gathering at the Lea Valley White Water Centre. We were celebrating my parents’ wedding anniversary. They enjoyed watching us from the bank!

I’m on the port side – at the back in this one, where we’re paddling backwards to control our approach to the rapid: 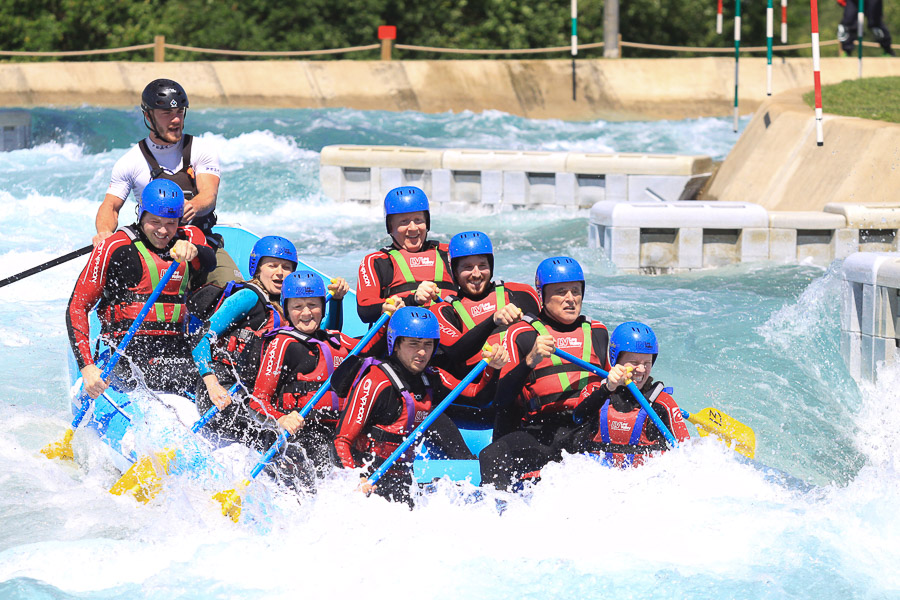 And a bit further forward (and partially obscured) here. We did several runs down the Olympic course. 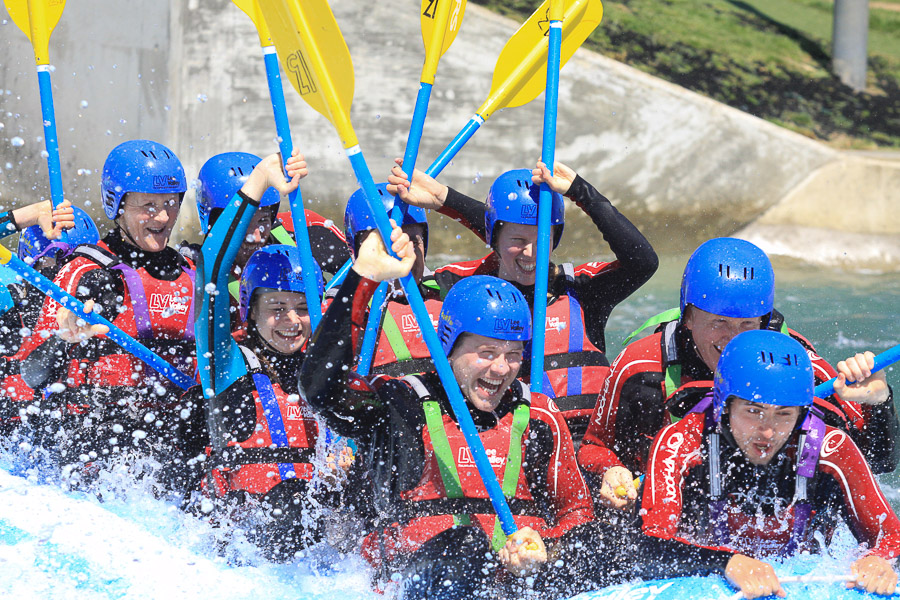 From the lecture ‘Solitude and Leadership‘ by William Deresiewicz:

… Thinking means concentrating on one thing long enough to develop an idea about it. Not learning other people’s ideas, or memorizing a body of information, however much those may sometimes be useful. Developing your own ideas. In short, thinking for yourself. You simply cannot do that in bursts of 20 seconds at a time, constantly interrupted by Facebook messages or Twitter tweets, or fiddling with your iPod, or watching something on YouTube.

I find for myself that my first thought is never my best thought. My first thought is always someone else’s; it’s always what I’ve already heard about the subject, always the conventional wisdom. It’s only by concentrating, sticking to the question, being patient, letting all the parts of my mind come into play, that I arrive at an original idea. By giving my brain a chance to make associations, draw connections, take me by surprise. And often even that idea doesn’t turn out to be very good. I need time to think about it, too, to make mistakes and recognize them, to make false starts and correct them, to outlast my impulses, to defeat my desire to declare the job done and move on to the next thing.

Thinking for yourself means finding yourself, finding your own reality. Here’s the other problem with Facebook and Twitter and even The New York Times. When you expose yourself to those things, especially in the constant way that people do now—older people as well as younger people—you are continuously bombarding yourself with a stream of other people’s thoughts. You are marinating yourself in the conventional wisdom. In other people’s reality: for others, not for yourself. You are creating a cacophony in which it is impossible to hear your own voice, whether it’s yourself you’re thinking about or anything else. That’s what Emerson meant when he said that “he who should inspire and lead his race must be defended from travelling with the souls of other men, from living, breathing, reading, and writing in the daily, time-worn yoke of their opinions.” Notice that he uses the word ‘lead’. Leadership means finding a new direction, not simply putting yourself at the front of the herd that’s heading toward the cliff. 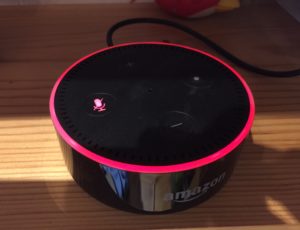 The Amazon Echo devices have a microphone-muting button on top of them.

I’ve just realised the true value of this.