So Dyson are planning to make an electric car. Here are my predictions:

The song of most small birds just sounds like a stream of tweets and whistles to us, but if you slow them down, you can get a wonderful feel for what’s going on.

Here’s a nice compilation of lots of them. I like the little wren at the beginning, the (rather quiet) skylark at about 17:57 has a nice rhythm when slowed down, and the song thrush that follows him is quite fun. If other birds can pick out these details, you can imagine there might be quite a lot of communication going on.

The real star, however, is the Veery Thrush, whom you can hear in this slowed-down clip. He’s the subject of the rather fun New Scientist article, which was what first caught my attention.

Now, I wonder if you sped up a clip of cows mooing, you could get a similar effect?

Prof. Guglielmo Tamburrini posed an interesting question in a talk this afternoon. Imagine a self-driving car faced with the option of having to hit one of two motorcyclists. One is wearing a helmet, and the other isn’t. Should it aim for the helmet-wearing guy, to reduce the risk of loss of life?

Philosophers must be having a field day with this stuff. They’re being invited to comment on the latest in sexy new technologies in a way that doesn’t happen very often. (Douglas Adams fans may remember Majikthise & Vroomfondel.) Much of the ethical discussion relating to autonomous vehicles, though, boils down to variations on the Trolley Problem, and the key thing about this — the thing that makes it an interesting ethical conundrum in the first place — is that there is no right answer. If deployment of the railways had required the Trolley Problem to be solved first, we would still be using horse-drawn carts.

Many technologies, historically, have first been used, and then later have had restrictions placed upon them to reduce the risks which are discovered, with experience, to be the key ones: motorcyclists needing helmets, cars needing seat-belts, pilots needing licences, smokers needing to go outside.

What I presume will happen here is that societies who are less risk-averse will go ahead with greater degrees of autonomous driving, and the more conservative nations will watch with interest until they can amass enough vicarious experience to follow in their footsteps.

I imagine, however, that in 50 years’ time, we’ll still be debating the motorcycle question raised above. By then, though, it will be even more hypothetical, since we’ll have long-since banned motorcycles. 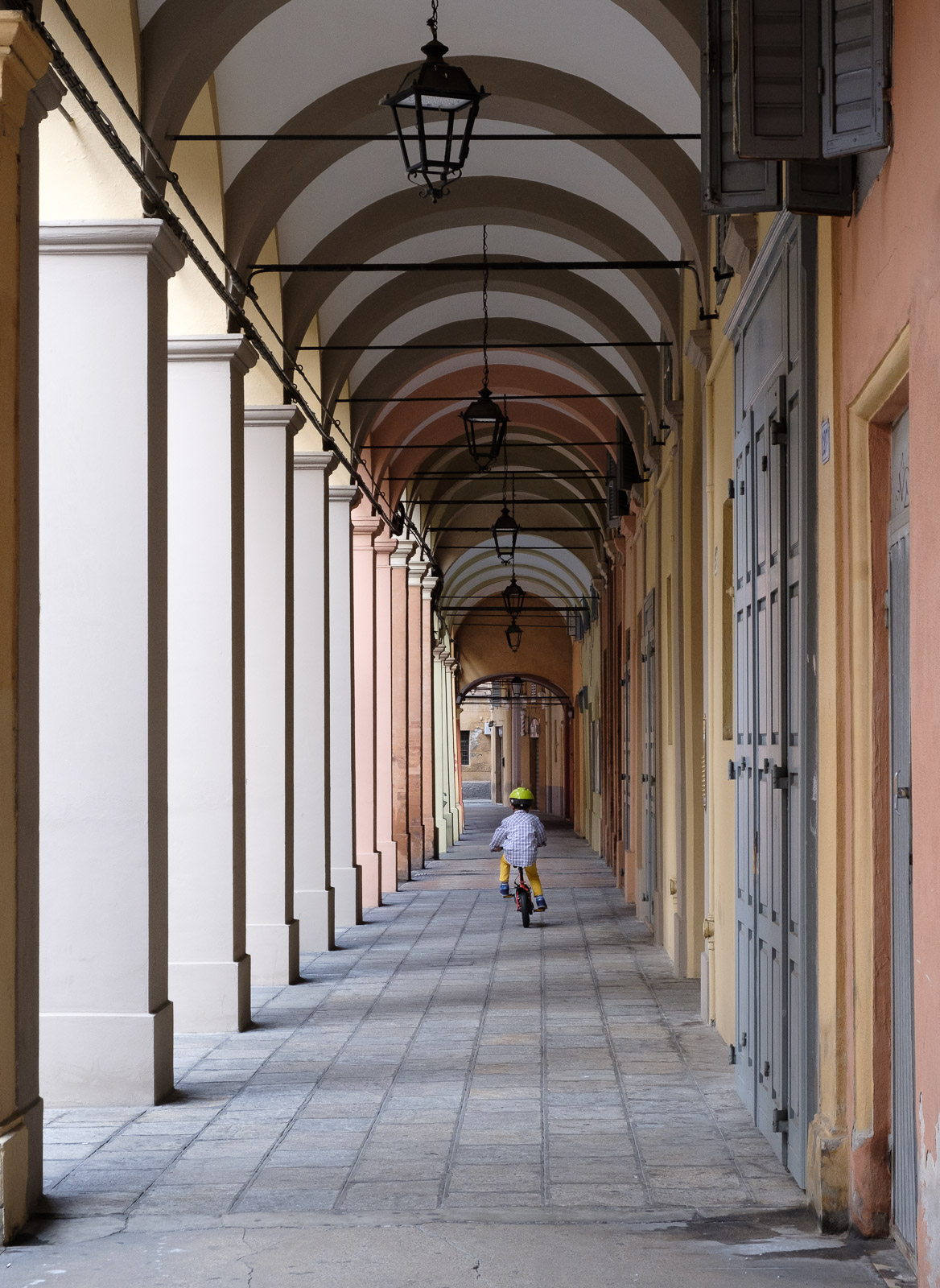 I’m at a conference in Modena, the city of balsamic vinegar and Enzo Ferrari.

I wrote a couple of weeks ago about my sadness that the Lovefilm by Post service was being discontinued, since nothing offered by the streaming companies could really compare with it.

Well, I’m delighted to say that my friend Phil Ashby pointed me at Cinema Paradiso, which offers an almost identical service, and may even have a slightly larger catalog. I signed up and copied over the entries from my LoveFILM wishlist, and I’ve already received one disk which wasn’t available on Lovefilm.

I still hope that someone will offer such a comprehensive catalogue using more modern technologies one day, but in the meantime, I’m a happy viewer again!

Little boots it to the subtle speculatist to stand single in his opinions,-— unless he gives them proper vent:— It was the identical thing which my father did;— for in the year sixteen, which was two years before I was born, he was at the pains of writing an express DISSERTATION simply upon the word Tristram,—-shewing the world, with great candour and modesty, the grounds of his great abhorrence to the name.