Renewing your sense of pride?

The UK doesn’t have much to be proud of at present, but I think we can rightly feel pleased with ourselves about this:

More details on this page. Extract:

This is the first-ever quarter where renewables outpaced fossil fuels since the UK’s first public electricity generating station opened in 1882. It is another symbolic milestone in the stunning transformation of the UK’s electricity system over the past decade. 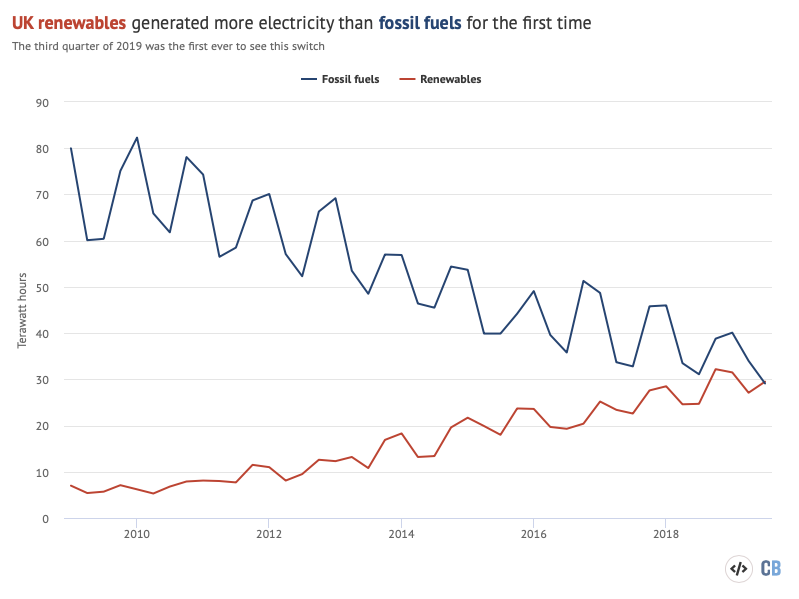 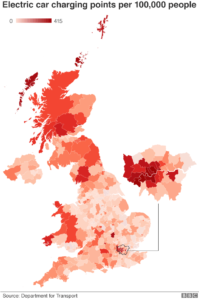 Hot at the top

This is a lovely idea – the Mixergy hot water tank.

A standard UK hot water tank heats the water from the bottom, either using electricity or water heated by a gas boiler. This means that when you want to heat up your water, you need to heat the whole thing.

Mixergy, instead, put the heating at the top, so you can warm up smaller amounts of water, and then make intelligent use of pumps to circulate it as required if you need to heat larger amounts of water. Not only is this more energy-efficient, but it means you get hot water again more quickly after you’ve used it up.

There’s a more detailed discussion on a recent episode of Fully Charged.

Proulx, Plutonium and a sense of Proportion

There’s a wonderful scene in the movie version of Annie Proulx’s The Shipping News, where Kevin Spacey’s character, Quoyle, is being taught how to be a journalist by Billy, an experienced old hack on the local paper. They are sitting in a car on the Newfoundland coast.

Billy: Now, have a look. What do you see? Tell me the headline.

Quoyle: But what if no storm comes?

I keep wondering whether this is an appropriate analogy for the reporting of the events in Fukushima. As far as we can tell on the best information available, this is not going to be anything like another Chernobyl, but even Chernobyl needs to be kept in proportion.

The worst disaster in the entire nuclear industry resulted in 56 direct deaths; a number comparable to a bad bus crash on a motorway. More serious, of course, were the after-effects of the radiation, and estimates of the effect vary widely, but the most-quoted figure suggests that around 4000 cancer victims can trace their illness back to Chernobyl. This is, of course, a disaster on a major scale, but it is also very close to the number of people who die in coal mines in China each year. The official government statistic in 2004 – a bad year – was 6,027.

I fear that whatever happens in Japan, the impact on the world nuclear industry will be huge, and we will not be seeing many articles contemplating the likely fate of coal miners in the vicinity of a tsunami. Or of what it might mean to oil rigs – we already know what can happen to them even without the help of a massive earthquake.

There’s a simple reason for this not being the line taken by the media: such articles are much less exciting than the headline-grabbing alternatives. I think it was Cory Doctorow who said, “You must never forget the fundamental business model of most newspapers: to deliver large numbers of readers to advertisers”.

We do not know what will happen in Japan – it may prove be a major disaster, or it may – rather literally – just blow over. But if it’s the latter, don’t worry – I bet we’ll still see some good headlines along the lines of Billy’s for quite a while afterwards.