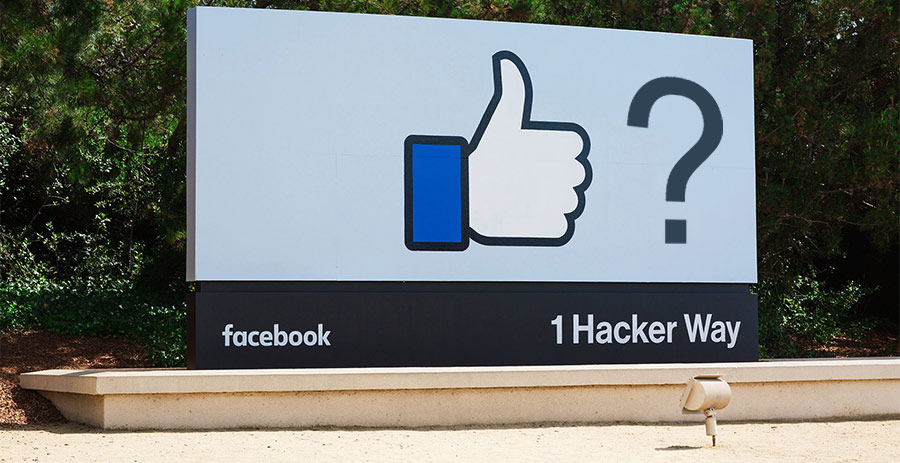 Now, I’ve often joked that the word ‘fury’, at least outside the realms of Greek mythology, is only found in the headlines of the tabloid press and local newspapers. You know the kind of thing: “FURY AT COUNCIL GRASS-CUTTING SCAM!” This artificial heightening of emotions, or the publicising of one or two unbalanced individuals’ feelings as if they were a general reaction of the populace at large, is one of the oldest sales tricks in the book.

But Facebook, it sometimes seems to me, encourages this tendency from all of us: it’s a place for users to vent their opinions — I’m not immune — and the more extreme expressions tend to get extra attention from others and so be rewarded by the FB algorithms, with the result that on some days I go to the site and it feels as if I’m walking along in the middle of a protest march.

Protest marches are all very well in their way, because they allow those with strong feelings on a particular topic, or insufficient faith in democracy, to let off steam from time to time and feel they’ve accomplished something, without inconveniencing others too much. But these outbursts are clearly segregated from the rest of life, which is important if a civilised society is to continue. Someone who brought their protests or their political campaigning into the workplace would be a bore, and rightly ostracised. But Facebook is a broadcasting medium to which people turn when they get upset about anything, without having to wait for someone to organise a protest, and before even knowing that they have a sympathetic ear. There’s no easy way to tell it, for example, “I like Fred – he’s a witty and intelligent guy – but I don’t want to go on any of his protest marches.” If the line between outbursts and normal conversation is not clearly defined, you can get a rather distorted view of somebody, and of how much you might have in common with them. And the problem with Facebook, unlike, say, Twitter or an RSS reader, is that even if I subscribe to Fred’s feed, I may only see a subset of the things he writes. Facebook decides what appears in my stream, not Fred. So how accurately can I even judge my friends’ opinions? Facebook may well decide that it’s not in your best interest to see this post either, now I think about it.

Facebook can be a place for useful discussion, but the general newsfeed may not inspire very balanced or considered debate. It’s worth remembering, for example, that whichever way you may have voted on Brexit, or in the presidential elections, almost exactly half of the populace voted the opposite way to you. Is that balance accurately reflected in your Facebook feed? Did you really get a fair chance even to consider the other point of view? Jenna Wortham’s article is a nice discussion of this:

I’ve spent nearly 10 years coaching Facebook — and Instagram and Twitter — on what kinds of news and photos I don’t want to see, and they all behaved accordingly. Each time I liked an article, or clicked on a link, or hid another, the algorithms that curate my streams took notice and showed me only what they thought I wanted to see. That meant I didn’t realize that most of my family members, who live in rural Virginia, were voicing their support for Trump online, and I didn’t see any of the pro-Trump memes that were in heavy circulation before the election. I never saw a Trump hat or a sign or a shirt in my feeds, and the only Election Day selfies I saw were of people declaring their support for Hillary Clinton.

If you believe that half the population are just idiots, and only the smart people are your friends, then you’ve already fallen into this trap.

We’ve always had biased news sources, of course — pick your favourite newspaper — but in the past you were at least subconsciously aware that you had chosen your bias, and since the editor’s ideas didn’t correspond quite precisely to yours, you would see dissenting opinions from time to time. But Facebook is everybody’s tabloid. It tells you what you want to hear, and me what I want to hear, and we reward it by clicking little buttons when it does so. It, in turn, rewards us, like pigeons in a laboratory experiment, by giving us more of that kind of food when we tap the button. Dopamine is a powerful drug, and Facebook is a highly-tuned delivery mechanism for it. I’ve started to realise that I’m spending too much time absorbed by it, and have rather too Pavlovian a reaction to its notification bells.

Now, let me be clear that Facebook has lots of good stuff on it as well – I have been much more active on it this year then in the past, largely because of two special-interest groups of which I’m a member. It is a very good discussion forum for those kind of things if they’re well-curated (something that the general newsfeed isn’t). I have also had some of my opinions challenged in a useful way, when I’ve gone out of my way to engage with those who thought differently, and I hope that some others have too. I’ve discovered good stuff, funny stuff, educational stuff.

But in general, have the gains outweighed the negativity? I think not. I could have read the good stuff in other forums without so much of my reading being accompanied by complaints about Jeremy Corbyn, Theresa May, Boris Johnson, or whichever politician, corporation, or policy is the bête noir du jour, and without the margins being full of “X did Y and you’ll never believe what happened next!”, “The most amazing video you’ll see all year!”, and “10 things you really can’t live without!”. It’s like walking through a circus or amusement arcade while people tell you what a terrible time you’re having! Remember, good news doesn’t sell papers, and it doesn’t in general sell web advertisements either.

True, 2016 hasn’t been the greatest year on record, but, unless you live in Aleppo, it certainly hasn’t been the worst. For the rest of us, let’s keep things in proportion, shall we? Yes, I liked Alan Rickman and Leonard Cohen, too, but lots of good people died in 2014 and 2015 as well, and no doubt we’ll lose a few in 2017. Their work lives on. Don’t like the way some vote went this year? Don’t worry, governments and politicians come and go, international treaties change and adapt, and remember that every election result in the past that you did like made lots of other people grumble.

On balance, I was lucky enough to have had a rather pleasant, interesting and productive 2016, and I expect that many of my Facebook friends did so too, if they were to look back and count their blessings in an objective way. And I can’t help feeling that it might have been even more so if I hadn’t had a Facebook account.

So 2017 is going to be Facebook-free. That’s my New Year’s resolution. I won’t actually delete my account, but I’ll change the password to something I don’t know, delete all the apps, disable all notifications and bin all incoming emails. I can’t actually deactivate it completely for a year without too many other adverse consequences if I decide I want to return in the future — see how deep the rabbit hole goes? — but I’m going to get as close as I can. In the interest of fairness, I won’t post anything on Facebook either: if you’d like to keep track of what I’m doing, subscribe to my RSS feed, follow me on Twitter or on LinkedIn, subscribe to my videos on YouTube, check out my website or get emails when I post on my blog.

When I was an undergraduate, I decided to be a teetotaller every other term. I believed that if I ever found that process too difficult, it was an indication that I had a problem, and it was in my own interests to get an early warning! This is probably a good discipline for any product on which one might become dependent. So here’s my recommendation for the New Year: ask yourself how easily you could give up Facebook, or any other addiction of your choice. If the answer is “not easily”, then it’s probably a good idea to consider doing so!

Wishing you all a great 2017, wherever you get your dopamine from!

I’m trying to follow you using the IFTTT applet but I’m not getting anywhere. This seems to be my first attempt to use it, so doubtless I’m doing something stupid, but when I click on the “Turn on” button nothing happens…

Mmm. Interesting – I notice that I didn’t get one for this post either, so maybe IFTTT had a little hiccup. You should only get something when I actually do a new post, though!

I’ve recently switched all my sites over to HTTPS, so I’ve just gone through and updated the links in the IFTTT applet and in Feedburner (through which my feed redirects). We’ll see if that helps. Otherwise, I might set up a mailing list…!

Thoughtful, as ever. I did 6 months off facebook a couple of years back – wasn’t that big a deal, except that I had to coax some younger bits of my family to use other technologies to reach me – interestingly, now, my 3 kids do not use fb as their main means of communicating (with anyone) any more, so I could get along fine without it – except that every now and then, some folks (typically US People I work with) post some useful link to some technical work/paper/report etc – for example, this report whistled by today – on the other hand, it showed up in an email anyhow a couple of hours later.
http://standards.ieee.org/develop/indconn/ec/autonomous_systems.html

Meanwhile, yes, 2016 was actually for me too pretty good as years go. family (vacations, kids lives) and work (students, research) all really fun&interesting!

see you somewhere in cambridge in 2017 no doubt!