The Callanish (or Calanais) Standing Stones, on the Isle of Lewis. New Year’s Day 2020.

Keeping active during a lockdown

As a result of the virus, and its effect on my consultancy clients, my ‘work’ has fallen to about half its normal level. I hope this doesn’t carry on for too long, because my income has also fallen by about two-thirds. But, just at present, I’m rather enjoying it, and, as people usually say when they retire, “I’m busier than ever”.

The fact that it’s been sunny here at the same time is just icing on the cake. I’ve even been doing some serious lawn maintenance, which perhaps indicates that I’m closer to retirement than I had previously thought. (I used to joke that I knew I was getting old when I voluntarily went to a garden centre as a weekend activity. But in recent times it’s been even worse: I’ve noticed that I’m not even the youngest person in the garden centre! Sigh.)

Anyway, since I have no kids to home-school, the lockdown’s giving me an excuse at least to start catching up with the huge backlog of tasks that I’ve been putting off for months. There are the important ones, which I’m sure we all attend to first: tweaking the configuration scripts in our home automation systems, for example. Making sure our lightbulbs have up-to-date firmware. Redeploying our web services using the container orchestration framework du jour. That kind of thing.

But eventually we get to the more mundane but essential tasks of daily modern life. You’re probably considering some of these too:

Fortunately, I have plenty of other projects to distract me before I can get down to these, which means that we may need to be in lockdown for some months before I actually do old-fashioned things like descaling the coffee machine or looking through the piles of dead trees in my in-tray.

And this is good, because it’s important for people to be able to stay active in their old age.

Especially when the garden centre is closed.

A Network for the Un-networked?

Suppose you’re an older person who has been told you should really stay at home. You have no symptoms, but you decide to go into voluntary total self-isolation.

It’s not easy and you get pretty lonesome, but presumably, after 14 or perhaps 21 days, you have proven yourself to be safe. You could then walk, drive or cycle over to visit any friend who had been through the same purification ceremony, without risking either of you.

There could be a society for those who choose to do this proactively, for those who have sworn an oath to forego all human contact for a short period now in order to have a restricted amount of it thereafter. First of all, though, it needs a name.

I suggest “The Lone Rangers”.

I’ve had fun in the last year or so playing with spherical cameras (often known as 360-degree cameras) and I’ve posted a few on here. But they’ve always had a problem: you really need a plugin to view them, which is untidy. This one of the Sacré-Coeur, for example, relies on a plugin from the Ricoh site.

So I’ve been delighted to discover Matthew Petroff’s Panellum, a panorama viewer created using just HTML5, CSS3, JavaScript, and WebGL, which means it runs in most modern browsers natively.

Here’s an example from Pittenweem, a favourite spot I discovered on my campervan trip over Christmas, just north of Edinburgh.

You can drag the image around to look in different directions, and you can zoom in and out by scrolling, or using Shift & Ctrl keys.

On my early experiments, it seems to work very well, even on my fairly elderly laptop. It even has a full-screen button…

So you may be seeing a few more of these here in the near future! 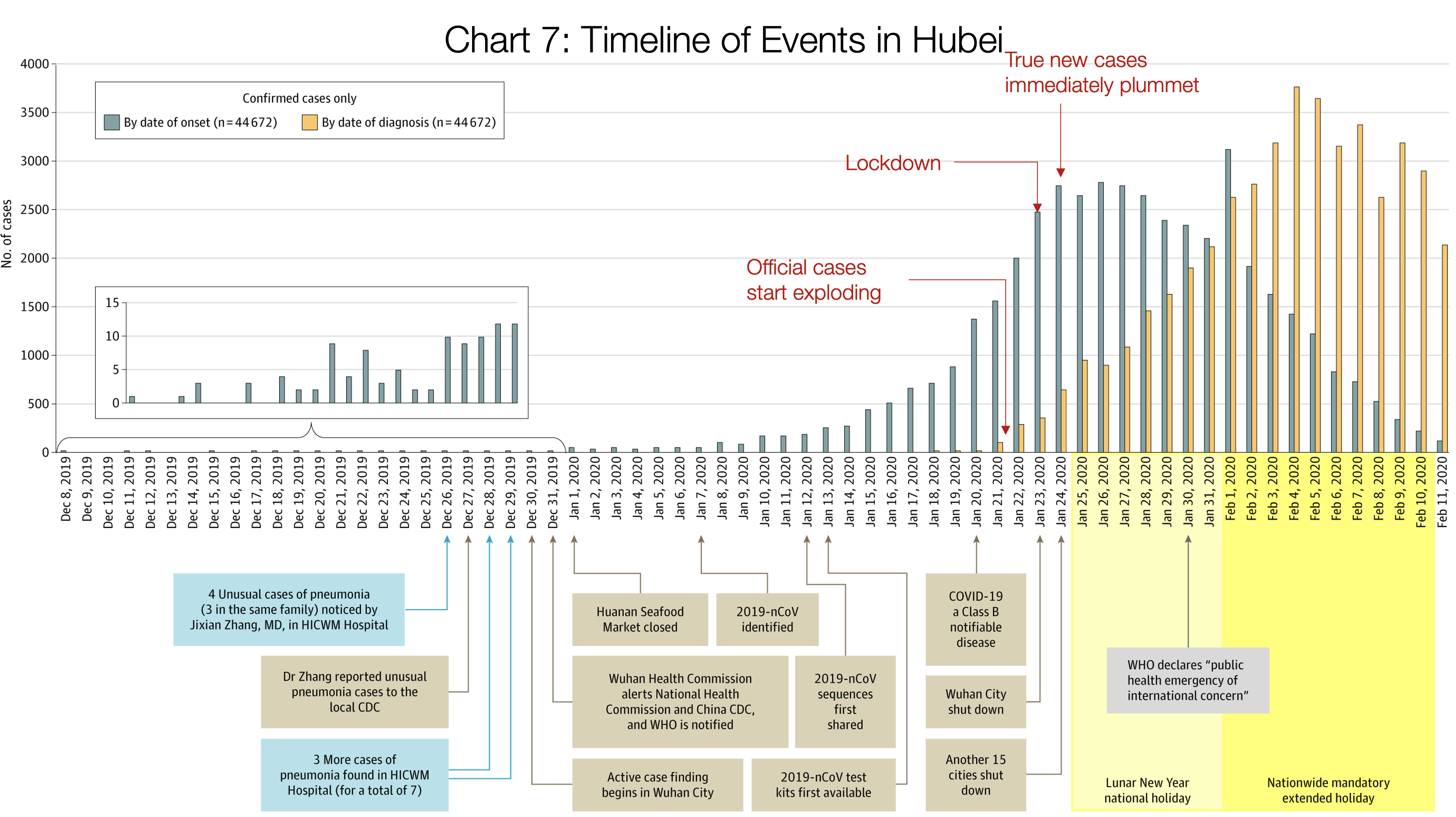 At the time of writing, the number of deaths in UK as a result of Covid-19 since records began is six. Interestingly, that’s about the same as the number of people who died on UK roads…. yesterday. (The number who sustained serious injuries yesterday is about 11 times as high.)

Now, I don’t want to minimise the virus threat, and I do understand that one of those numbers is likely to increase exponentially while the other isn’t, etc. So I’m also taking appropriate precautions like everyone else. But it also explains why I’m happy to go out to a restaurant for dinner tonight… even a Chinese restaurant! If we manage to survive the journey there and back, any sources of contagion we might encounter in a busy restaurant should be child’s play in comparison.

Ironically, Italy, which is suffering a much more serious viral issue than we are, also has one of the highest rates of road fatalities in Europe. Their death rate from the virus has now reached 631, which is about twice as many as road deaths — even at Italian rates — in the same period. We are still a very long way from that here, for the time being, at least. There’s something to be said for living on an island.

For UK readers, though, I think this is an interesting metric to watch, though, to keep a rational sense of the scale of the problem: How long will it be before letting your kids go to a sporting event at school is actually more dangerous than driving them there and back?

I note that the number of public electric car charging points in the UK has roughly followed Moore’s Law recently: doubling about every two years. 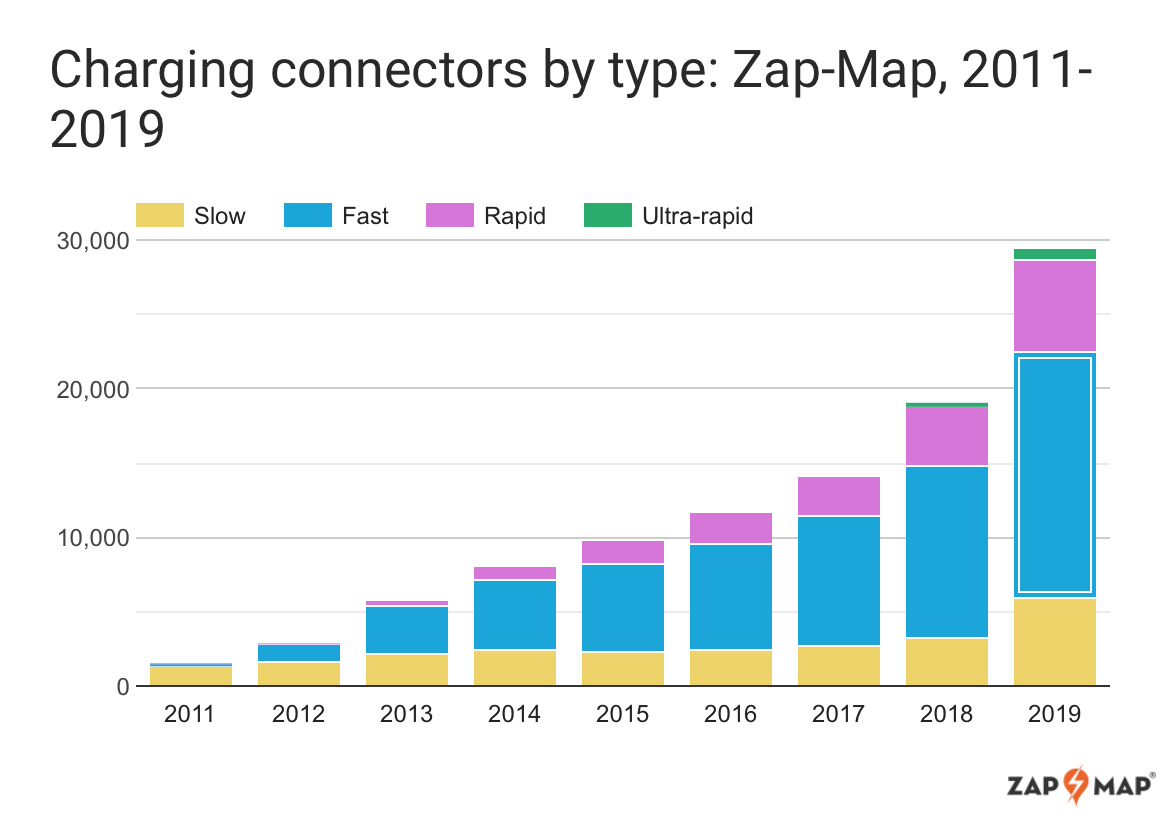 I don’t think that can hold true for quite as along as the original law, but it’s encouraging none the less! 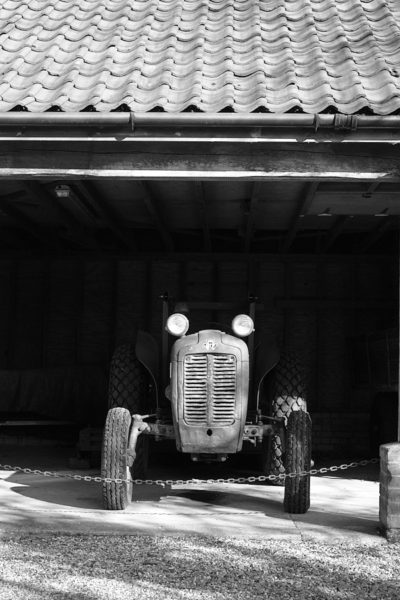 For the last two or three years, I’ve been getting a ‘flu vaccination in the autumn. In the past, most winters would see me knocked out for at least a few days, maybe a week, at some point by a ‘flu-like bug. But once I discovered how easy it was — for people in the UK who aren’t eligible to get it free on the NHS, you just book an appointment at your local Boots and pay 12 quid — I realised this was a small price and well worth paying! Recommended.

Now, the jab obviously won’t protect you against the current coronavirus. It doesn’t even protect you against all strains of normal ‘flu. But it occurs to me that if everybody had had a recent injection, it would probably stop a lot of false alarms. You’d be much less likely to come down with something ordinary that might cause you unnecessary concern, and when you did start exhibiting ‘flu-like symptoms, you would be able to take them more seriously.

I don’t, however, know anything about the seasonality of this. New vaccinations are usually developed to cover the winter period, and I’m not sure about the value of taking one now that was created that many months ago.

But it seemed to me an idea worth considering. Is it worth doing an updated spring vaccination to help protect you against current bugs that are not Covid-19, just to assist with the detection of the real thing?