« Sailing By
The Hymn of Acxiom » 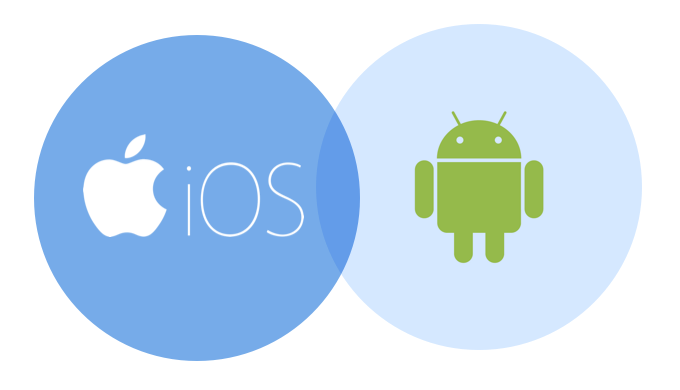 I have had an epiphany. Living on a small boat with four strangers for five days is a great way to discover many things (including, in my case, what good company they were). One of the less aquatic things I learned, though, was probably very obvious and I should have realised it years ago.

One day, we were sharing photos of our adventures, and I sent a few of mine to a fellow shipmate. “Oh!”, she said. “You’ve sent them by text! You can use WhatsApp if that’s easier.” To which I responded that I had recently deleted my WhatsApp account.

This casual announcement, to my surprise, was met with blank astonishment.

Deleted WhatsApp?! Why on earth would you do that? I explained that I wanted to distance myself a bit more from Facebook (for reasons I would have hoped were reasonably obvious by now) and, having not missed my FB account since binning it a few years ago, I had decided to do the same with WhatsApp. They were kind and considerate, but I was clearly regarded as something of an oddity; much more so, say, than if I had announced I was a vegan. And it wasn’t until just after the trip, that I realised why.

You see, I, and almost everybody I communicate with regularly, are Apple users, and so for the last decade or so we’ve had access to iMessage, the chat service behind the ‘Messages’ app (formerly known as iChat).

For those not in this world, Messages basically provides a chat interface which sends and receives SMS text messages if your recipient isn’t an Apple user, but seamlessly switches to using internet-based messaging if they are. You use the same app, but SMS texts are shown in green whereas internet-based iMessages are shown in blue. As well as being completely free, of course, the latter allows Messages to provide group messaging, to work seamlessly across all my Apple devices, to provide delivery confirmation, and so forth.

So when WhatsApp arrived, I didn’t really see the point of it. I installed it, yes, because I had a few friends and family who used it, but it always seemed an inferior solution; in particular, it didn’t really work well on my desktop machine, laptop or iPad. You could do it, but this was clearly a botched afterthought and involved regular re-confirmation using your phone. Why, I wondered, would you want to type text-based messages on a little phone keyboard if you were sitting at a desk with a better one? Why would you want to make a Faustian pact with Mark Zuckerberg simply to send chat messages? And so on.

Here’s the thing, you see: never having used Android, I had just assumed there was some equivalent service built in to that system. After all, ICQ and AOL Instant Messenger were long gone, so I just assumed that Android had always included an iMessage-like system of its own that everybody else was using. It probably had a Windows interface too, but I hadn’t really used Windows this millennium either, so didn’t know what people did there. I just assumed the the Microsoft/Google fans had some Android Chat system of their own, and only used WhatsApp because it picked up their Facebook contacts or something. In contrast, if I want to start a group discussion with, say, my mother, wife, and niece, I just use the same app as if I were sending them an individual text. It’s built-in, it’s the default, and they all have it on all of their machines and could answer anywhere.

So enlightenment only struck when I found myself on this boat and in the unusual situation, for me, of being in the minority as an iPhone user. I may even have been in a minority of one. So when I sent them all a message full of photos as a group, they all got it as SMS texts, and had no way of replying to the group, or even of knowing that they hadn’t each been the only recipient. (SMS messages have a Bcc-like facility, but not a Cc-like facility.) So it’s no wonder they all used and relied on WhatsApp: the poor things didn’t really have anything else! And it’s no wonder they were all astonished at my giving it up. As far as I can gather, it has done for Android users what iMessage started doing for Apple users all those years before (though still, it seems to me, in a markedly inferior way).

Now, don’t get me wrong, it’s not that I’m ignorant of other messaging systems. I used AIM, ICQ, and then Skype chat for years, Slack for a while, and I currently use Zulip and Signal every day to communicate with other groups of friends and work colleagues. Even Teams, when I have to. I love chat systems. I just hadn’t realised that Android didn’t have a default group-messaging solution built in, or that you had to choose between sending texts and doing something radically different on a third-party app for free messaging or for groups. Now I know, and I understand better why WhatsApp is so much more compelling for others than it ever was for me.

I could, of course, have just emailed them, and that would probably have been the best solution, but I think email has one key disadvantage: it’s still slightly less convenient to share your email address with someone than it is your phone number. If all email addresses were 11-digit numbers, it would be easy to call them out to somebody on the other side of the deck in a stiff breeze, and for the recipient to type them in on a simple numeric keypad while hanging onto a halyard with the other hand. Perhaps the solution, these days, is just to have my email address in a QR code stuck to the back of my phone, which anybody could scan quickly if they wanted to communicate with me…

In the meantime, if you do want to use an end-to-end-encrypted messaging system which supports groups, is based on phone numbers but works nicely on machines with keyboards, works on Android, iOS, Mac, Windows and Linux, and doesn’t involve selling your soul, I’ve been finding Signal to work very well.

the other other half live in countries where WhatsApp is free (zero-rated), and so is the only affordable way to communicate (and yes, those folks are mostly on Android, because iPhones are expensive). It’s really very educational encountering people from different places and backgrounds…

You’re becoming much too much of a literalist 🙂 But you are right, globally: iOS only runs about 25% of the handsets: half of the half. I was clearly going to meet a certain sub-demographic of that in a boat off the East Anglian coast!

In the UK, Canada, US, Australia, New Zealand etc, iOS has a majority share, though not a huge one. So, though I was only using it figuratively, ‘the other half’ turns out to be about right here!

When I did work with phone companies in Africa in the earlier days of mobiles, it was really interesting to see how the different pricing strategies for, say, calls vs texts dramatically affected people’s communication habits. Texts were often cheaper there than here, then, even taking into account income levels.

But I haven’t spent much time in Africa or Asia since smartphones became more of a global norm.

WhatsApp is free (zero-rated), and so is the only affordable way to communicate

Well, yes, except for all the other free chat systems they could use. But that does just accentuate my point: it’s more worrying, as well as surprising, that the OS doesn’t provide this facility, if people think that WhatsApp is the only option.

For another very significant chunk of the world, of course, it’s not WhatsApp, but WeChat, which is arguably more worrying still!

“Well, yes, except for all the other free chat systems they could
use.”

I know there’s alternatives in some countries, but they tend to be local, I think? eh Moya in S Africa. The point about WhatsApp isn’t that it’s free, but that in many places you don’t have to pay for the data it uses (especially critical when data is very expensive, compared to other living costs). And you can WhatsApp relatives overseas etc.

Ah, interesting! Is that because the phone companies see it as a good selling point, or because Facebook subsidise data costs to their servers, I wonder?

Android user here: The trouble with Signal, which I use (though ironically almost exclusively for SMS) is that nobody else will agree to migrate from WhatsApp to use it as intended

The lack of built in apps is a major feature of android. Everything can be customized or replaced with third party alternatives, from your messaging app to the home screen and even the app store itself.

Of course, many manufacturers ship phones with their own apps pre-installed, including some carrier-specific messaging protocols that tried to compete with iMessage. However the competition within the android ecosystem meant that none of these ever dominated, and third party apps like whatsapp and signal are more successful

I wish I could ditch WhatsApp, but I’ve got 4 school-class groups that use it, and I’d miss out on crucial information if I deleted it. You’re fortunate if you can convince all your friends not to use it!

Google are somewhat marching towards a solution for this with pushing RCS support in the Android messaging app:

I am an Android user, on GiffGaff (UK carrier), and recently had this activated on my phone.

I would gladly concede the lack of a good solution for interacting with messages on my (Windows) desktop, but beholden as I am to Zuckerberg, I do use WhatsApp’s web interface and am on a beta where this now has the advantage of no longer being tied to your phone.