Ah, take a deep breath of those lovely aerosols!

I’ve always disliked open-plan offices, and viewed them as a conspiracy between property owners (who can pack more employees into a given space and have to do less reconfiguration for each new tenant) and over-micro-managing senior staff, who want to keep an eye on all the people working for them and ensure nobody is slacking. I’ve disliked them even when I’ve been one of those managers.

Under certain circumstances, yes, they can generate an exciting buzz of activity. We’ve all seen movies where the journalists or the detectives are dashing in and out and calling to each other about how they’ve just been summoned to Downing St, or to another murder, or whatever. But for anything requiring sustained contemplation or concentration they are, in my experience, dreadful.

This is especially true if the overall number of people is too small. We once made the mistake of taking on an open-plan space when one of my companies had about 12-15 employees, and it meant that everybody had to listen to everybody else’s phone calls, and the only way software developers could get work done was to wear headphones most of the day: more isolating, in many ways, than if they’d had their own office spaces.

But, since I’ve been fortunate enough to escape such working environments recently, it hasn’t occurred to me until now to wonder what contribution this open-plan trend has made to the spread of Covid!

At the University department where I’ve spent part of my time for the last few years, we typically have offices with two or three people in them, and so by carefully managing the number of people in a space at any one time, those who want to return to work have been able to do so much more easily and we could, if wanted, get a reasonable density of building-occupation without too much risk, and without everyone having to spend the whole day wearing masks.

But when I think back to a temporary role I had in London a couple of years ago, in a big shared space with about 120 other people, I wouldn’t want to go anywhere near that office now, even after my third jab.

Are any of my readers still doing the open-plan thing? How does it work in a Covid world?

Christmas and the vertical take-off 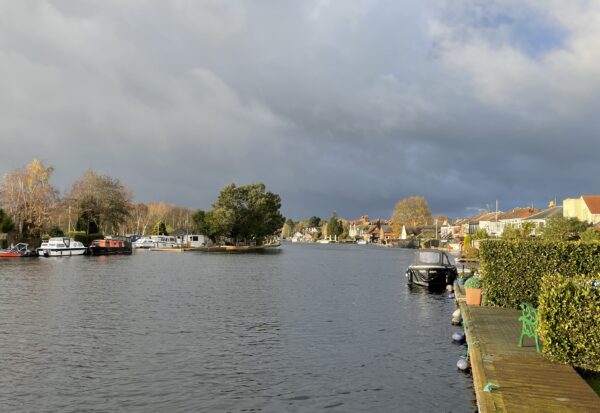 When it’s good to be close to an explosion

Car airbags are things you hope you’ll never need to know much about; you want them to be there and working, and hopefully in the same state when you sell the car as they were when you bought it!

But if you did want to find out a bit more about what’s behind that little flap on your steering wheel, this is a nicely-done explanation:

I remember a discussion with a good friend of mine, a co-founder of some of my past companies. He was a bit of a perfectionist, and often pointed out to other employees when they didn’t live up to his exacting standards.

“That’s fine”, I said, “but people will remember the times when you criticise them ten times as clearly as when you praise them. So if you want to maintain even a basic equilibrium, make sure you go out of your way to find good things to say to people ten times as often as bad things.”

I was thinking about this as I switched off my Twitter app this evening. Actually, I didn’t close it down: my phone did. At the start of the pandemic, I was worried I might spend too much time on social media, so I used Apple’s rather good Screen Time system to set a limit for social networking apps. In my case, that means Twitter, LinkedIn and Instagram, and my combined use of all of those networks, on all of my devices, shouldn’t exceed 15 mins per day.

This limit has worked very well. I often don’t hit it, and when I do, I almost always let the system do its thing and switch off the aforementioned apps for the rest of the day. The result is that I’ve got out of the habit of checking Twitter on a regular basis; I look at it perhaps every second day, when I happen to think about it.

And I think this is a good thing. Twitter and Facebook are the world’s biggest tabloids, and a big part of their business model involves convincing you that the world is more broken, angry, shocking and angst-ridden than it actually is in real life. And, as with my employee-relations example above, negative comments about anything are often more memorable: we all know how a media critic can come up with a short, clever, cutting remark about a dramatic work over his cup of coffee, and so devastate months of work of dozens of creative people. If you spend too much time with social networks, you can come away with a very negative view of life, and I think it’s important to keep a careful eye on that balance.

So what is the right balance? Well, for me, 15 mins of social networks for every 23 hours and 45 mins of ‘no social networks’ seems about right, to keep things in perspective. Recommended. 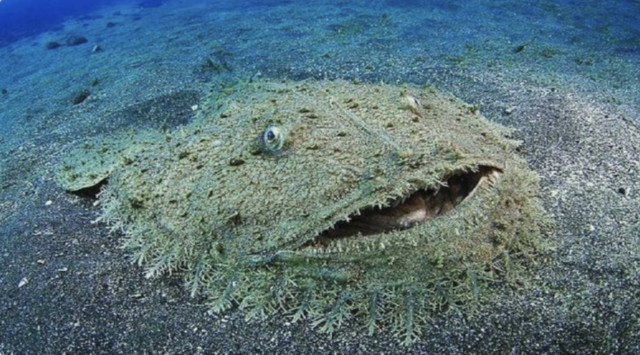 We’ve spent the last few days in our favourite part of North Norfolk, and one of the places we visited was the old priory at Binham. 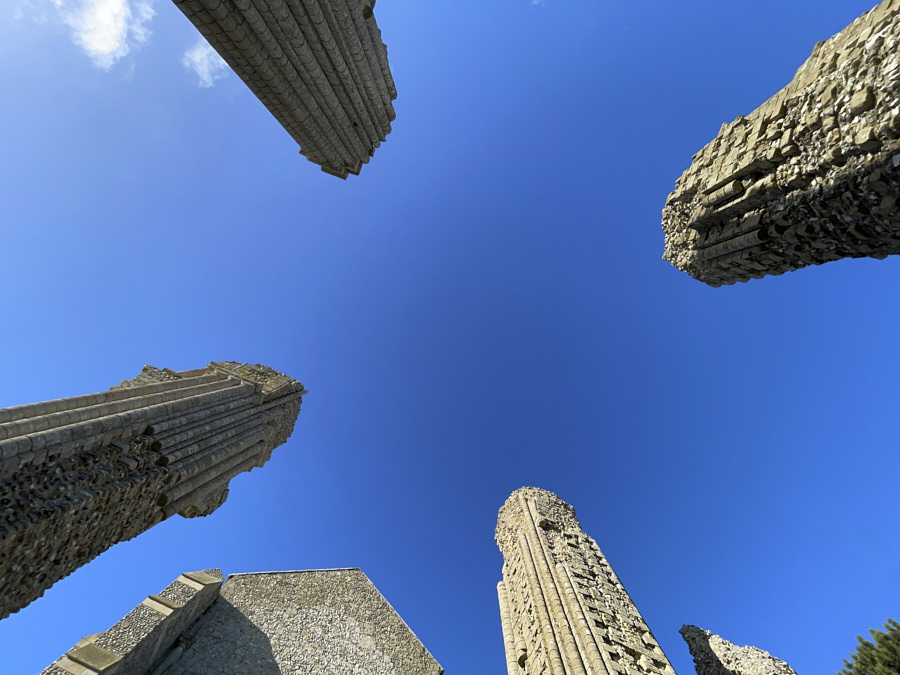 Just next door to it is a dairy farm. 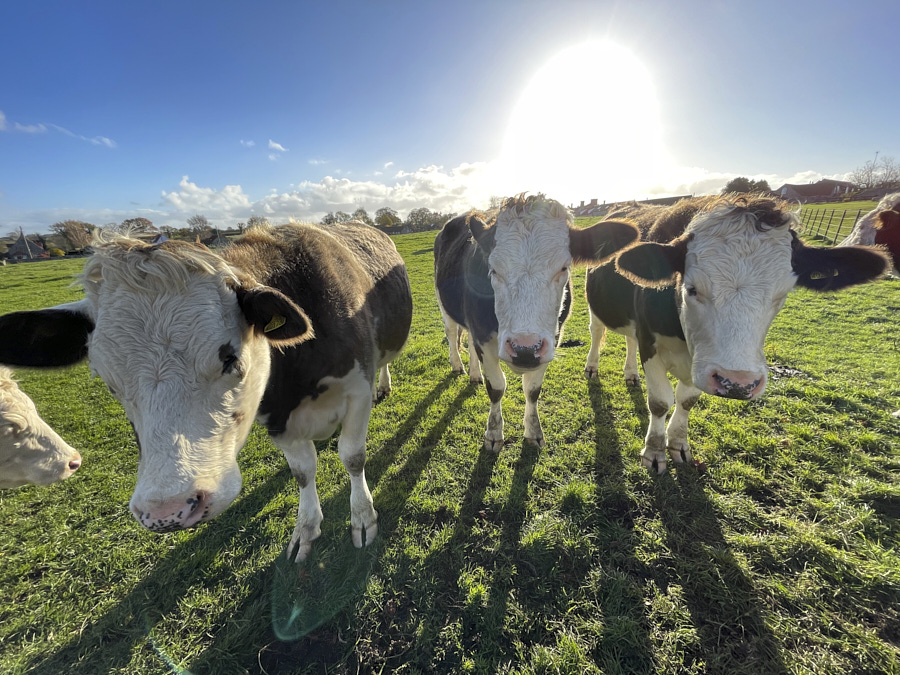 We’ve been here before, but, since we last visited, the enterprising farmer has opened a wonderful shop. 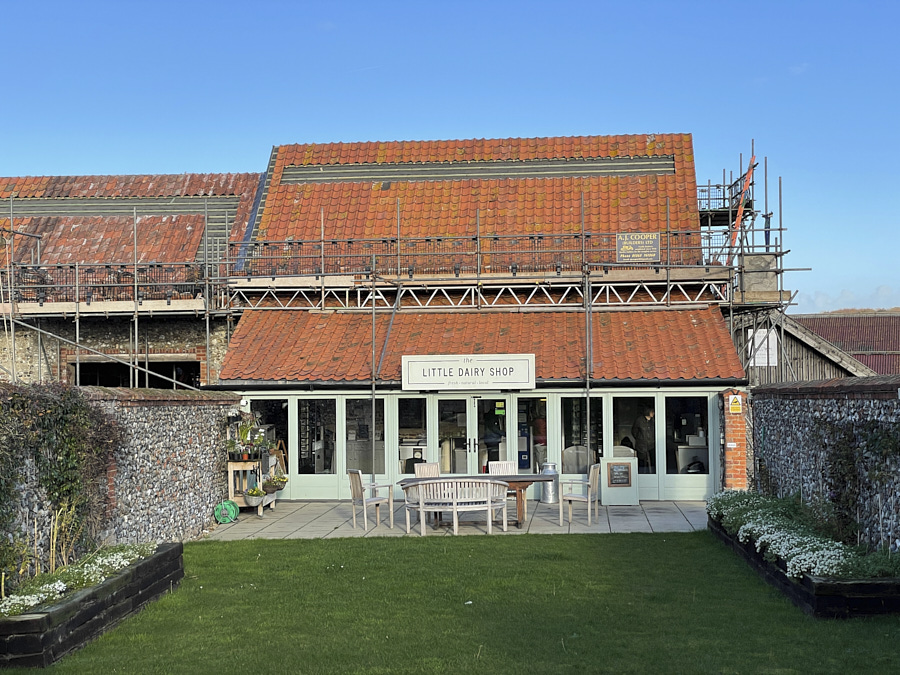 And I call it wonderful, despite the fact that it has no staff and contains only a few vending machines. But these are refrigerated machines, that contain fresh produce from this and other nearby farms. One is full of cheeses, and I can confirm that all the ones we bought are very good.

Also there is a dispenser of fresh, unpasteurised milk: bring your reusable bottle and top up from the machine. (Pictures on the dairy’s site here.)

But amidst all of this wonderful stuff, there was also a glimpse of the past, or perhaps the future. Remember those things called coins, which we used to need for buying things, but which are now only used as tokens for remote car parks?

Well, here, you can pay £5 with your contactless card, phone or watch, and get £5-worth of them: a £2 and three £1 coins in a little bag. I thought that was great! 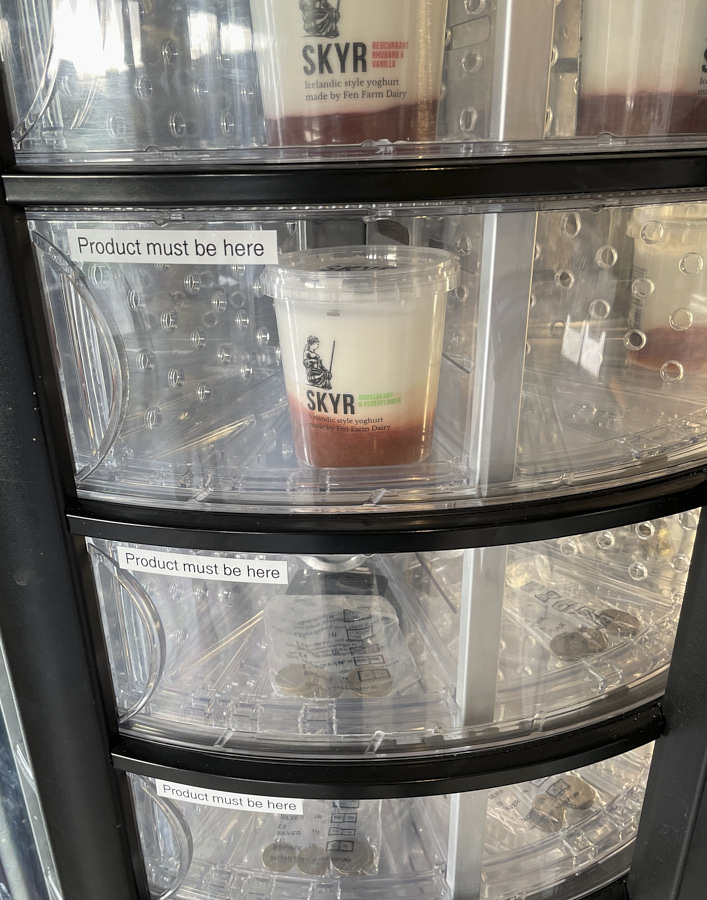 Oh, and the yoghurt is truly excellent too.

Gardening tip of the day!

This may also be my shortest YouTube video yet!

Now you’ll be able to explain if anybody says, “I think Quentin has finally cracked. I saw him jet-washing his lawn the other day!”

Twice, while I was clearing the driveway, as if by way of defiance, a leaf came down and landed on my head! It occurred to me that if I pointed the lance upwards, I could probably have blasted the last few leaves from the tree and swept them all up together, rather than having to wait for the next gale…

A couple of months ago, when those who still power their cars on dinosaur juice were experiencing shortages, I expressed surprise that the prices hadn’t shot up as a result.

As Tim Harford points out in this very nice essay, though, one of the things that stops the market from behaving like a ‘perfect market’ is the emotional response of customers. The damage to loyalty resulting from such a change in pricing in times of difficulty is greater than the loss in potential profit… provided, that is, that the anomaly is short-lived. After all, I suppose, the smooth and swift response of the market to the imbalance of supply and demand can be significantly impeded by emotional words like ‘profiteering’!

Tim’s post is enjoyable and very readable, and talks about how we deal with such imbalances if they turn out to be more than just temporary. Recommended.

Thanks to John for the link.

Here is a very nicely-constructed essay by Jane Bambauer, a Professor of Law at the University of Arizona.

“This essay”, she says, “does the unthinkable — it defends the police use of facial recognition technology to identify suspects in crime footage or to locate individuals with outstanding warrants.”

It’s a well-thought-out and very readable piece, and some of her key arguments are along the following lines:

You may or may not agree with the above, but if you’re interested, it’s well worth reading the 9-page article before jumping to conclusions. (Many thanks to Charles Arthur for the link.)

So here’s a related question: would our roads be safer if everyone was fined a small amount every time they broke the speed limit, rather than receiving a severe penalty on the rare occasions when they were caught? I think the answer is clearly ‘yes’. Would you be willing to put up with having your speed monitored all the time in order for this to happen — as long as everybody else had to do the same, of course?

Towing with a Tesla?

Not many EVs currently have the option of a towbar, but I carefully purchased one that did… just in case I ever needed it.

Last month, I tried it out for the first time, with mixed success. If you’re interested, here I am rambling on about it!