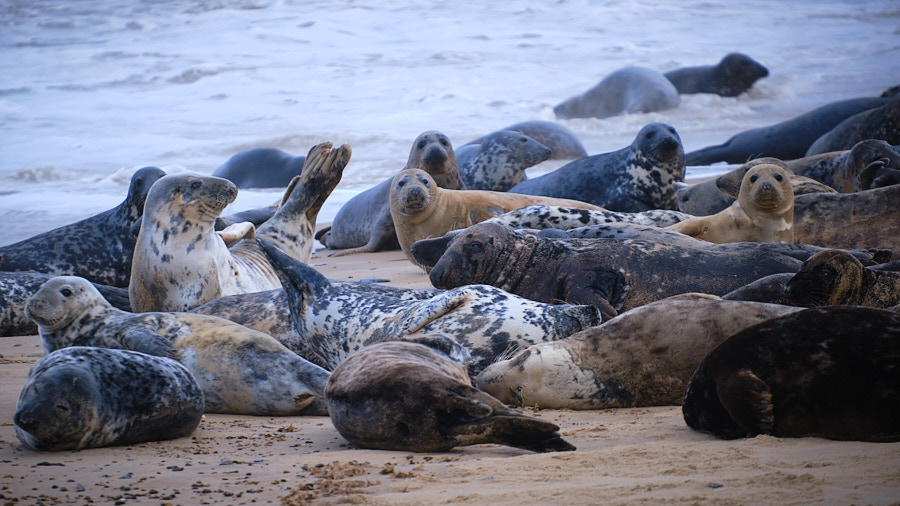 Don’t assume, just because you’re behind a telephoto lens, that we can’t see you!

I’ve often seen seals swimming just offshore as we walk along Norfolk beaches. But a couple of weeks ago I spotted this group relaxing on the beach; they seemed to be having a good time. 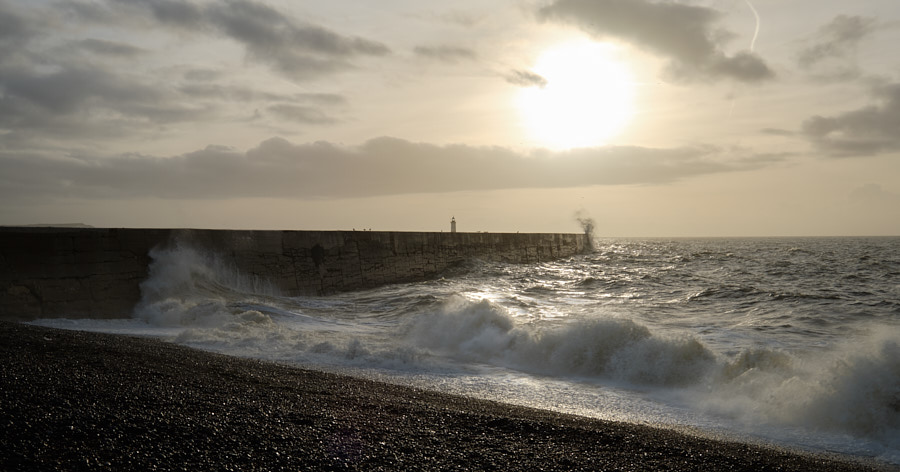 Newhaven this morning, shortly after I disembarked from the Dieppe ferry.

Holding back the storm From the UK
To Santander
Without involving
Ryan Air I must go down to the sea again Tilly explored the limestone shoreline at Birling Gap one evening recently. I used to play here as a child.