My Mac Book Pro has a new baby brother. It’s a Dell Mini 9 on which, thanks to the instructions here, I was able to install Mac OS X. 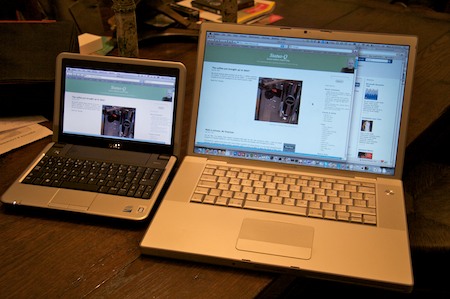 I already had a properly-licensed copy of the OS, in so far as any operation like this could be properly-licensed. I ordered the Dell with 2G RAM, an improved webcam, a larger (16GB) SSD and a bluetooth module. Total cost: £277. Including VAT. And shipping. Oh, and a nice carrying case.

As soon as you pick the device up, you can tell from the construction that it’s not an Apple. But my first solid-state ‘Mac’ runs the OS really quite nicely. I had a vague idea that Apple software was only licensed to run on Apple-badged products, so I fixed that too: 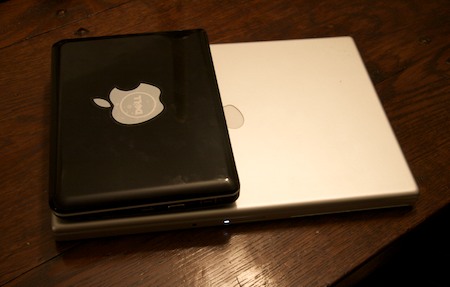 However, there was one downside to the bargain special price I got from Dell. After ordering, I discovered that some varieties of this machine, such as those purchased from PCWorld or from Vodafone, have a 3G modem and a slot for a SIM. This doesn’t have it, and it would have been really quite nice. But then I might not have got some of the other upgrades, and since everything else, including a 3G connection via Bluetooth to my phone, seems to work fine, I’m really very happy.

The coffee pot brought up to date? 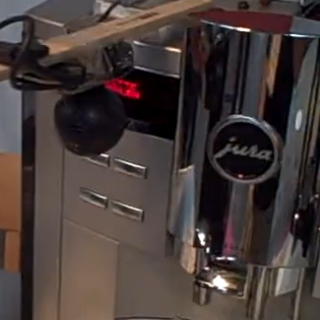 My friend Andrew Rauh pointed me at this: a coffee machine on Twitter. It doesn’t even look at the coffee – it concentrates instead on the text displayed on the control panel’s LEDs.