I wrote a couple of months ago about my early experiences of towing with an electric car. A couple of quick updates, now that I’ve done a bit more towing of my little boat…

Since, given the right charger, my car (and many other modern ones) can charge really very fast, the fact that I have to stop every three or four hours to do so is hardly a major concern!

However, as I’ve pointed out in the past, the design of most charging stations in the UK is hardly optimised for those who are towing!

The Gridserve Electric Forecourt at Braintree is one pleasing exception, but in general, EV owners will often need to unhitch their load before charging. This is not a problem for a light trailer like mine with a jockey wheel, but it’s another reason those motor-movers might come in handy!

So far, I’ve only needed to charge away from home three times while towing, and on two of those occasions, I’ve managed to get away without unhitching, either by visiting remote superchargers at off-peak periods… 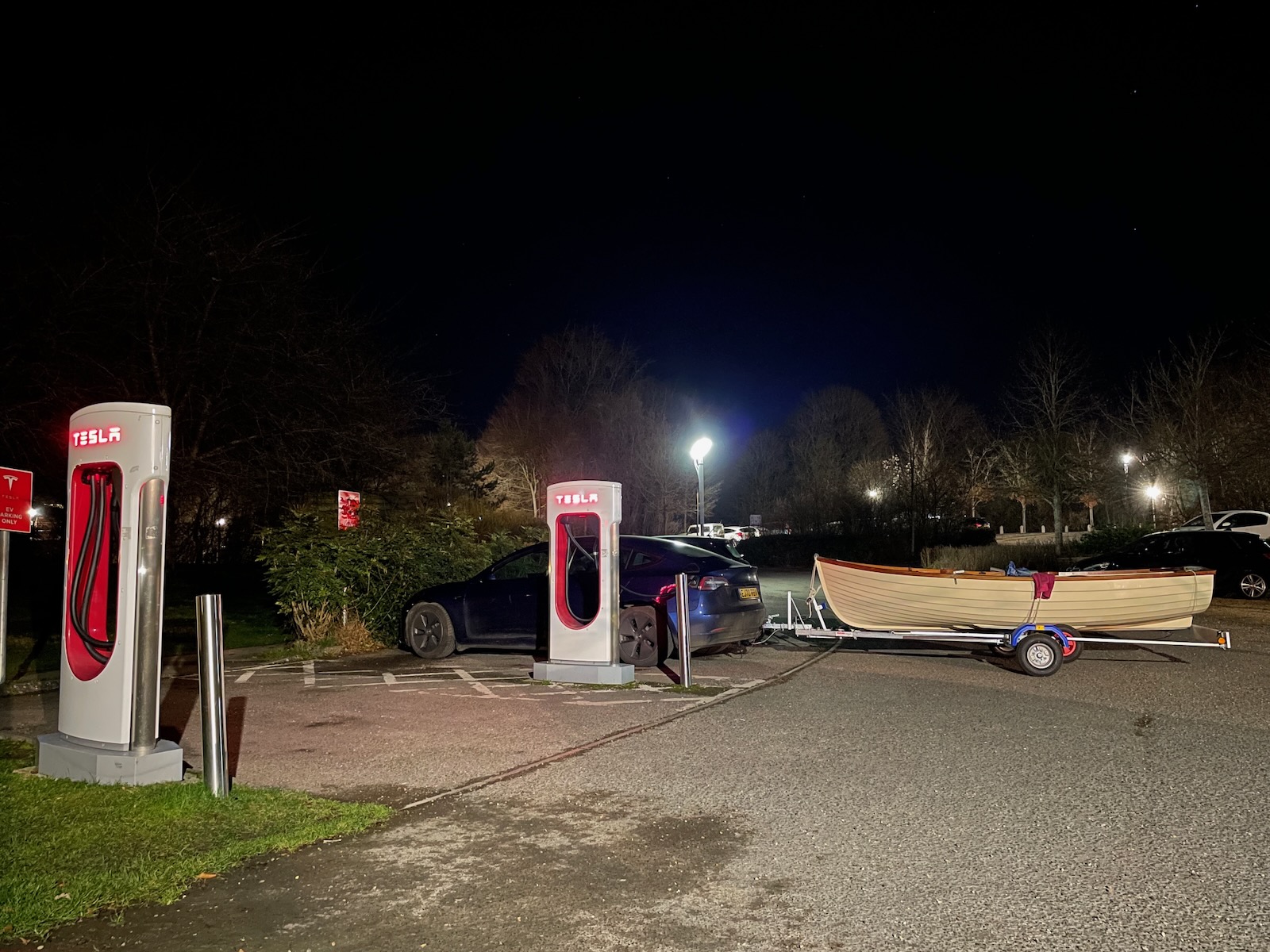 … or by blatantly abusing the facilities when there aren’t any other people needing to get to them, as I did on Friday!

That arrow on the road does indicate how you’re meant to park, doesn’t it?