« This bowled me over!
Incommunicado » 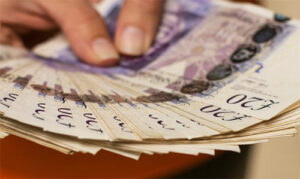 If you believe my Twitter stream, there are a lot of people out there who think that the UK government has capped the energy bills so they can’t pay more than £2,500 this year. This is not at all true. But it’s been reinforced by the Prime Minister’s interviews on various radio stations this morning when she said things like “making sure that nobody is paying fuel bills of more than £2,500”. Either she doesn’t understand it, or she’s not very good at explaining things clearly.

The problem is that the media are so keen to feed people a single, simple number, that for weeks we’ve been hearing about what’s happening to the energy costs for the average household and referring to that as a capped number, when in fact, of course, it’s the price per kWh that’s been capped. (More info here.) If, say, you use twice as much as the average household, your bill could be £5000. Some not-very-smart people even think they can use as much as they like, because, hey, it’s been capped now, and they’re going to get a nasty surprise! And similarly, of course, if you use half as much, you can worry a bit less about that headline figure.

This desire to reduce things to one number causes problems in many situations. Remember when the only way most people had to assess the PC they wanted to buy was based on its CPU’s GHz? (Or MHz for those with longer memories?)

Now, the headline figure for every electric car is the number of miles it can do on a charge, when lots of other factors will affect how easy it is to use in reality, like how fast it charges, or its drag coefficient (which affects how its energy use varies with speed). For many people, long journeys are relatively rare, and the important question when embarking on one will actually be something like, “How fast will this be able to recharge at the type of chargers available about 150-200 miles from my house?” And even that question is much less important if the chargers happen to have a nice cafe or restaurant next to them!

The kind of gamification that reduces things to a simple score is always appealing. But whenever you see things being compared with just one number, remember Ben Goldacre’s warning: “I think you’ll find it’s a bit more complicated than that.”