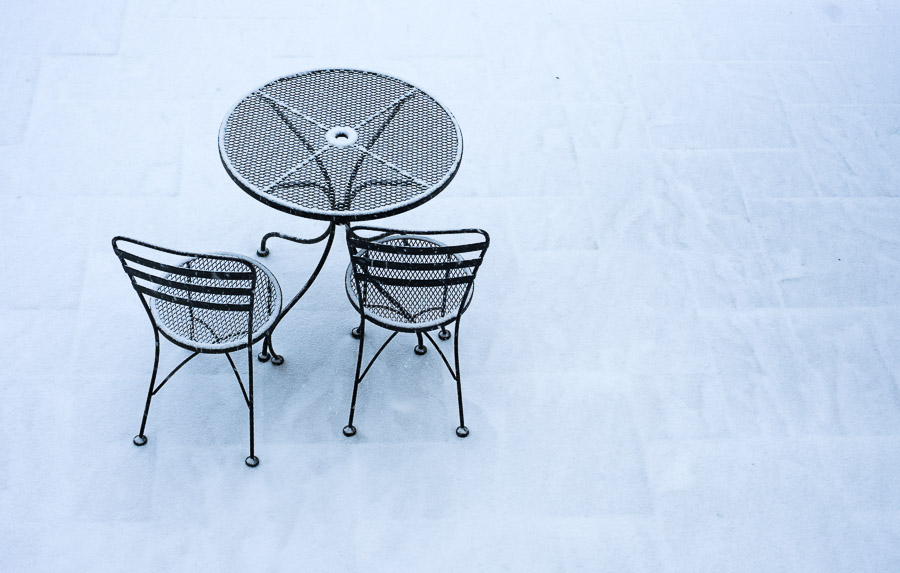 Here’s a photo of snow melting in my front garden this afternoon. It occurs to me that, even without other clues such as the British number plate on my car, you could at least work out from this whether I was in the Northern or Southern Hemisphere. Can you see how? 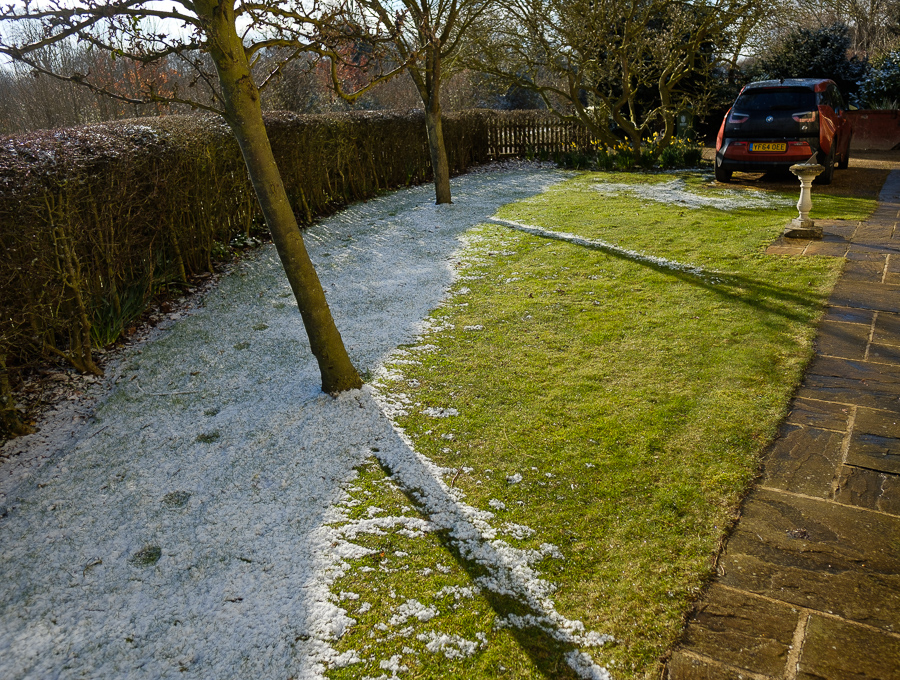 The great moral dilemma of the age

Setting healthy boundaries for your child’s use of fire

You don’t want to be the bad guy, but you also want to make sure that your child engages in other activities, like mammoth hunting and the gathering of rocks and bones with which to make tools. So, how do you set appropriate boundaries for your child on fire usage without jeopardizing the family unit so crucial to the survival of the species? Here are some tips…

Until a few hours ago, I knew nothing about Jordan Peterson, but picking up on the attention he’s been getting, I watched his interview in Channel 4. It’s fabulous stuff.

Cathy Newman, the interviewer, is so desperate to be offended, to be the victim, that she keeps trying to put words into his mouth. It’s almost as if she’s trying to be a caricature of everything that’s bad about modern reporting, and modern political correctness, but she’s apparently serious.

And with astonishing patience, for half an hour, Peterson just keeps coming back, again and again, with facts, with logic, with reason, with intelligence, with sanity.

I once found myself at an event being followed around by a woman who adopted much the same approach, though she knew nothing about me and we had only just met. But she had clearly come with the intention of finding a man to be insulted by, and I was her victim for the day.

I wish I had handled the situation as expertly as Peterson does; in the end, I just had to leave the event early, because when people are so desperate to be offended, I sometimes get the overwhelming mischievous urge to give them what they want, even though I might misrepresent my opinions just for the fun of winding them up! I thought it better to depart before she reached that point.

The follow-up interview with Joe Rogan is worth watching, too.

I don’t know anything about him other than this, I’m not sure whether I’d agree with him on other things. I haven’t read his book.

But I certainly plan to do so now.

Here’s a little video selfie of me breathing. Pretty exciting stuff, eh? The reason I look so strange is that it’s taken with a thermal camera: the white and yellow areas are warm, the blue and black ones colder. I haven’t decided whether or not it’s an improvement on my normal appearance.

One reason for our interest in this at the Lab is that you can clearly see my nostrils getting cooler as I breathe in, and warmer as I breathe out. So a thermal camera is a pretty straightforward way for a computer to measure my breathing rate.

But I had some fun playing with the camera at home, too. Pointing it at my hall floor showed glowing tracks where the hot pipes run under the tiles, allowing me to see how the radiators in different rooms are connected up. 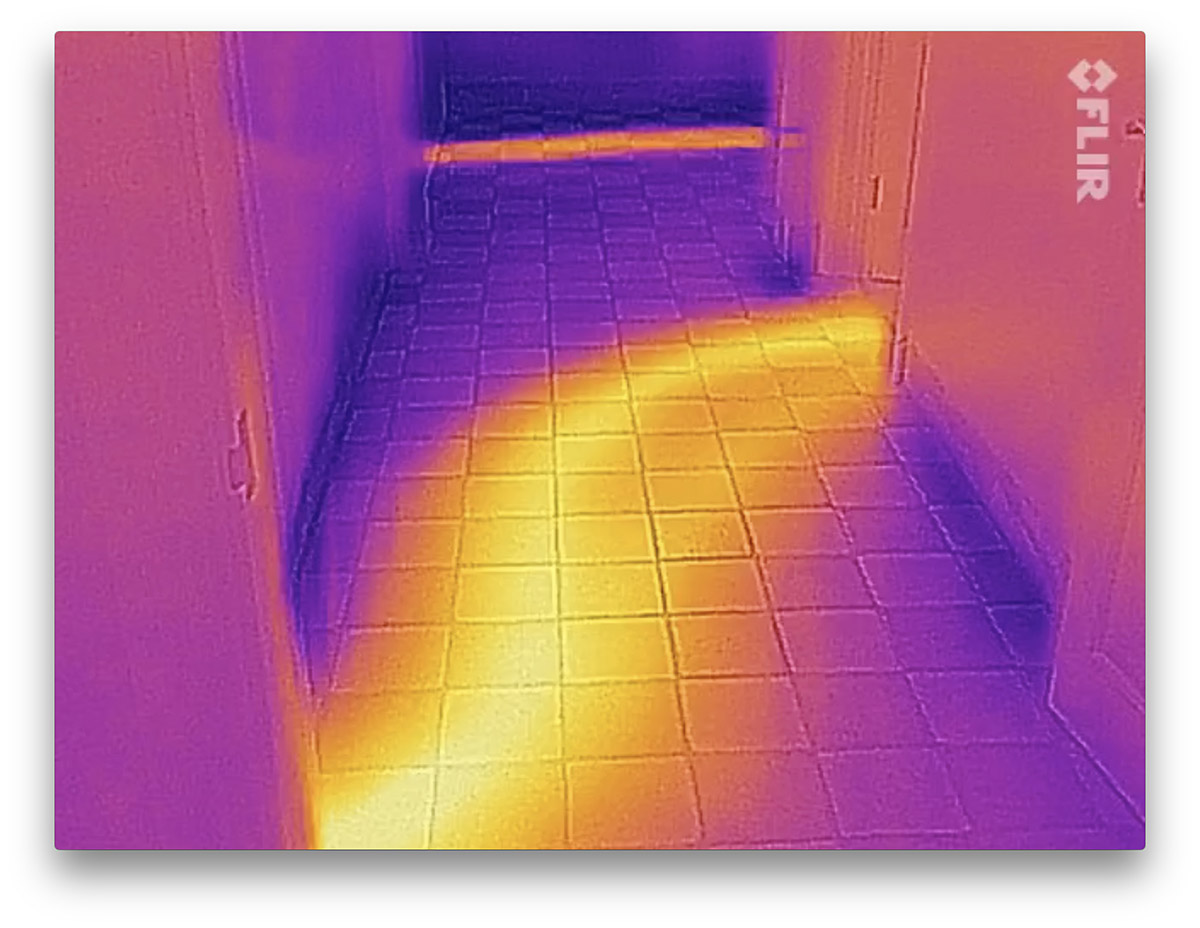 When I was looking around upstairs, I noticed some light patches on the floor and wondered what they were. It took me a moment to realise that Tilly had trotted up behind me to see what I was doing, and had silently departed, leaving only warm paw-prints behind her as evidence.

A nice quote from Horace Dediu (an industry commentator who, amongst other things, does some very good podcasts):

Those who predict the future, we call futurists. Those who know when the future will happen, we call billionaires.

I came across a thread on Twitter with geeky poems on the ‘Roses are red…’ model. So here’s mine: