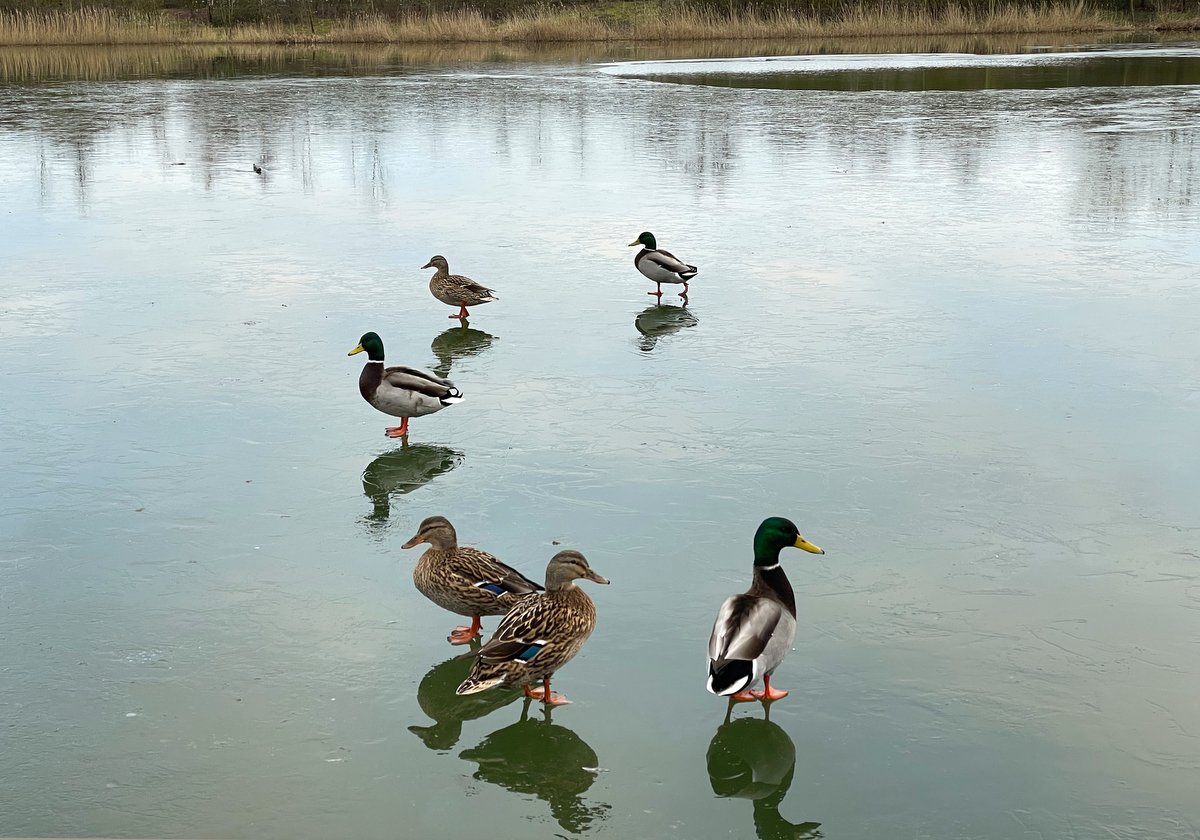 I really should have taken a video clip, because others were arriving and it was great fun watching them come into land.

My brother Simon’s comment was, “I hope they watch out for quacks in the ice.” 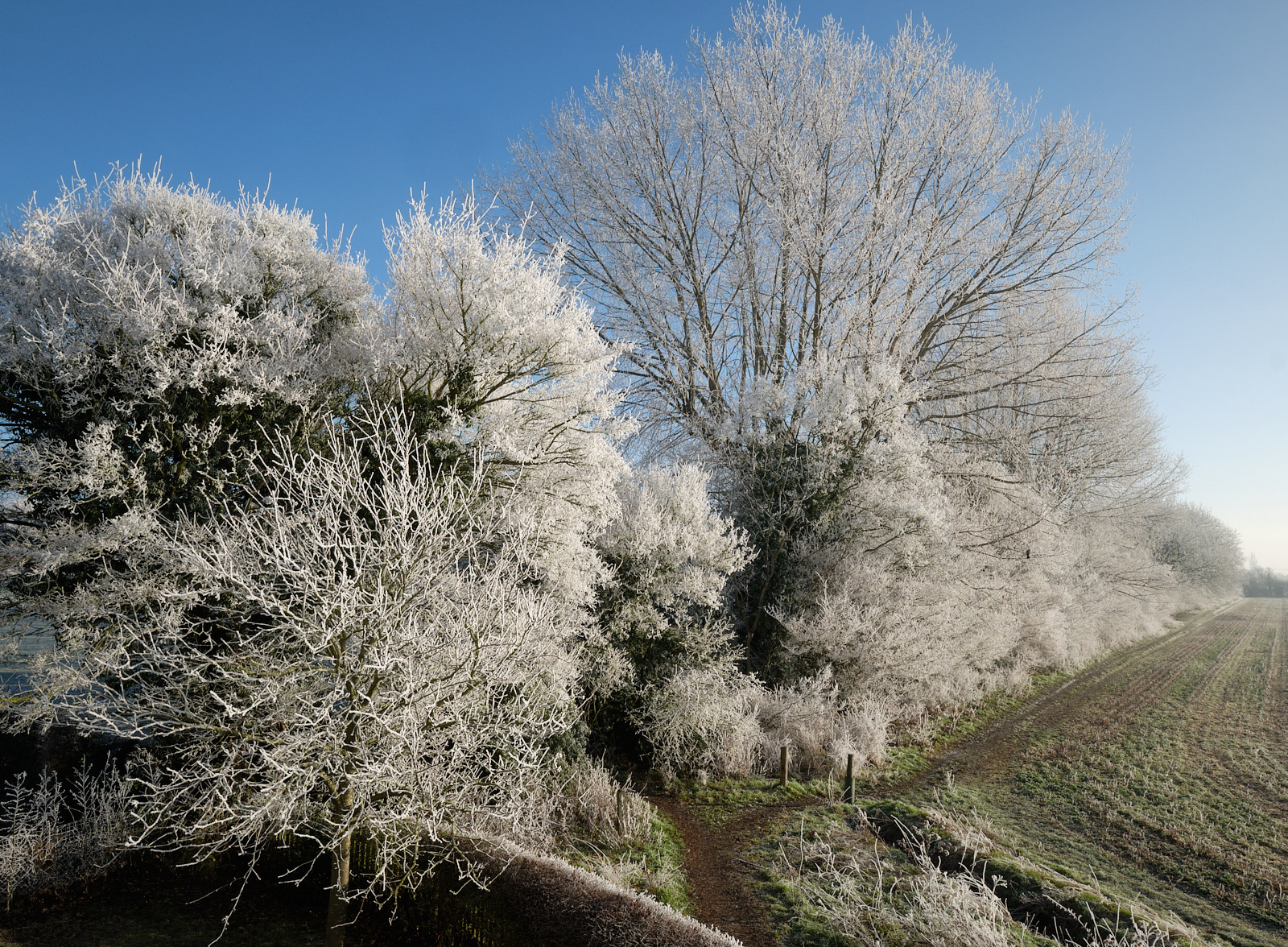 The view from my study window this morning.  I literally don’t have to get up from my chair to see this.  As you can imagine, working from home has been a real trial over the last few years. 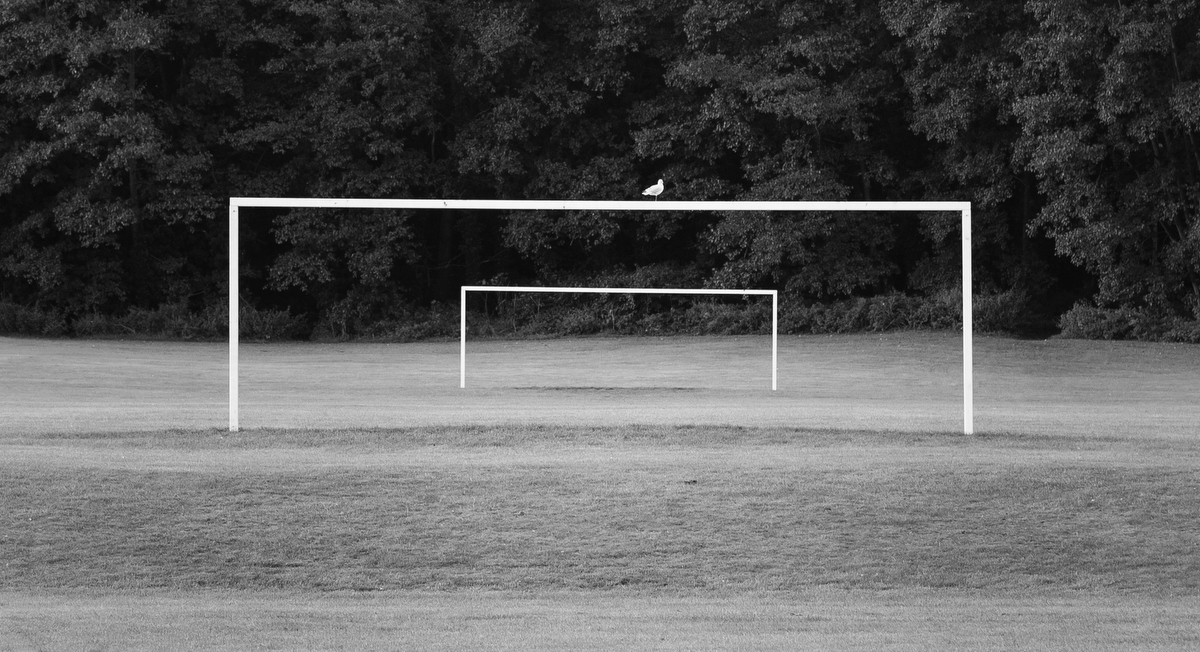 I mentioned to my wife recently that I was having another go at reading James Joyce’s Ulysses. Rose, who is extremely well-read and knows it because her rather large collection of degrees includes an English Literature one, gave a monosyllabic response.

“That”, I replied, “is a question I ask myself with each page I turn.”

I need to tread carefully here, because I have some very good friends who love Joyce, and Ulysses in particular, but the book is most famous for dividing opinions, so I hope we can remain friends! Many of us are grateful, though, that Virginia Woolf was so dismissive of it, because it shows we are in good company:

“Never did I read such tosh. As for the first 2 chapters we will let them pass, but the 3rd 4th 5th 6th–merely the scratching of pimples on the body of the bootboy at Claridges. Of course genius may blaze out on page 652 but I have my doubts. And this is what Eliot worships…”

Now, I admit to not having got very far with it yet (though I have also read and heard recitals of various extracts over the years). But while there are some books where I will occasionally jump to the end of the page to skip a dull section, Ulysses is, I think, the first where I can get bored in the middle of a paragraph and decide that it isn’t worth finishing.

It’s not that I dislike a challenge in my reading. I adore Shakespeare and, I suspect, read more poetry than the average bear. I even like cryptic crosswords. But all of those give you some reward for your persistence, in a way that this, so far, has not.

I suspect that Joyce, like many influencers after him, had just realised, after some fairly lacklustre books like A Portrait of the Artist, that shock and divisiveness are the best ways to go viral. It’s just too bad he didn’t decide to make it enjoyable as well.

Many years ago, I saw a review of the 700-plus-page tome: “Man walks around Dublin. Nothing much happens.” You could make similar claims about, say, Under Milk Wood, but that is, in my opinion, greatly superior. And much shorter. I think I might have enjoyed and appreciated Ulysses as poetry if Joyce had kept it to, say, about a dozen pages.

“Ulysses wearied me: so like a schoolmaster with dirt and stuff in his head: sometimes good, though: but too mental”

I would agree: it is very clever in places, and Joyce certainly gets top marks for originality, but that can be an overrated characteristic, I think, in literature as in music or art; sometimes there are good reasons why nobody did it this way before now!

So I’m going to make a comparison which probably isn’t often made amongst the literati: Ulysses reminds me of Austin Powers. I saw that movie soon after it came out — on a plane, I think — and it annoyed me because every fifteen minutes or so I would decide it was too stupid to waste my time on, and be about to turn it off, and then something very funny would happen. I would laugh out loud, and keep watching for another 15 minutes. In that way, I may even have made it to the end; I forget.

Ulysses, after pages of boredom, brings up something to make the corners of my mouth curl slightly upwards… and then goes back to obscure tedium again. I fear that ratio won’t be enough to keep me going as far as Virgina Woolf, who famously gave up on it at page 200. Most of us only have about 4000 weeks on this earth, and there are so many enjoyable ways to spend them that I doubt I will squander many more on Joyce. But we will see.

I’m reading an electronic version (partly because neither of us has yet deemed it worthy of the bookshelf-space a paper copy would consume), and e-books have the interesting characteristic of making it harder to tell how far through them you have progressed. But I’m going to suggest that most paper books fall into one of two categories. There are those where at some point you think, “Oh, that’s sad, I’m getting near the end!” and there are those where you think, “Good God, how much more of this is there?”

On the slopes of Mount Doom 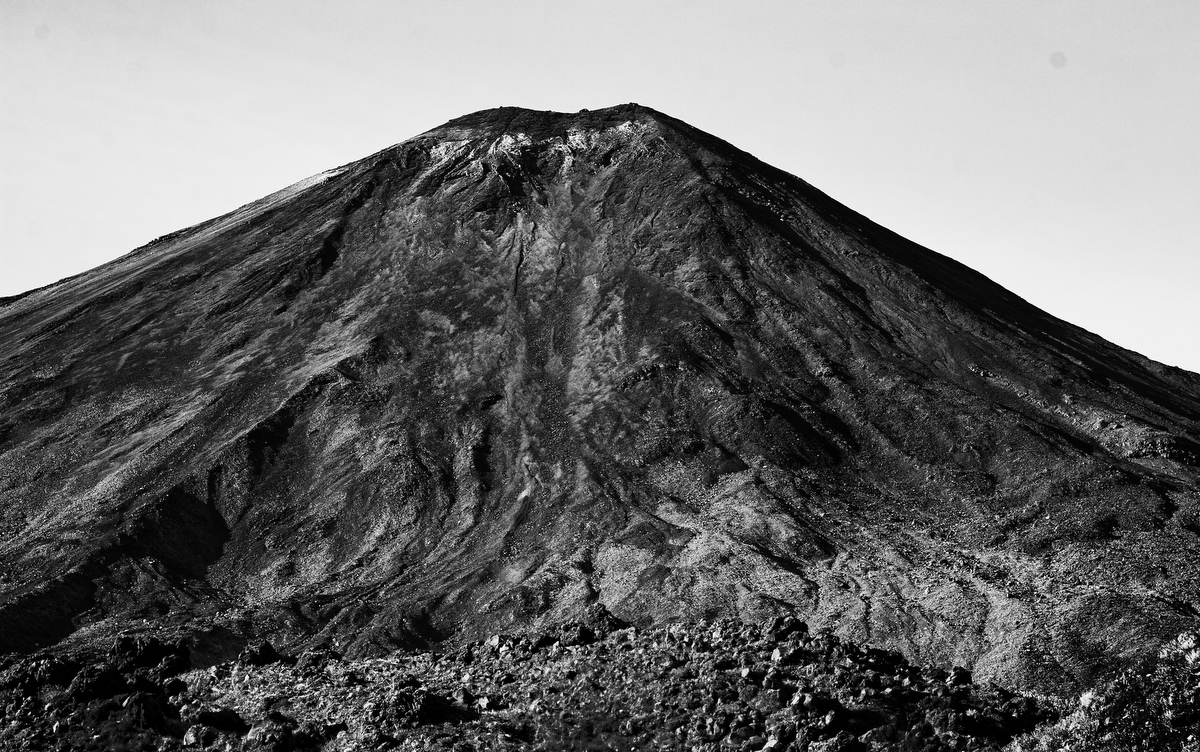 We’ve just been re-watching Peter Jackson’s Lord of the Rings trilogy, and it was just as splendid as ever.

It reminded me of my second visit to New Zealand, in 2007, and the day I spent walking the Tongariro Crossing; a dramatic volcanic landscape where many of the scenes in The Return of the King were filmed. 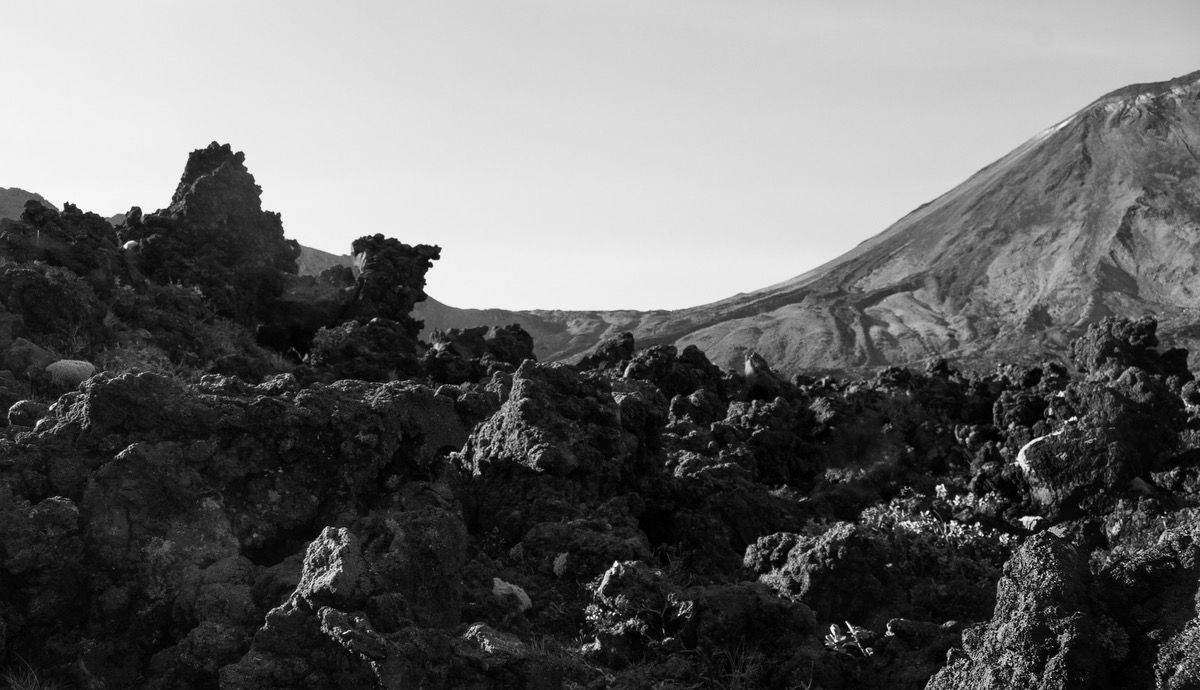 It’s fun showing it in gritty monochrome, but in fact some of its drama comes from the occasional bright colours amidst a landscape of Martian barreness. 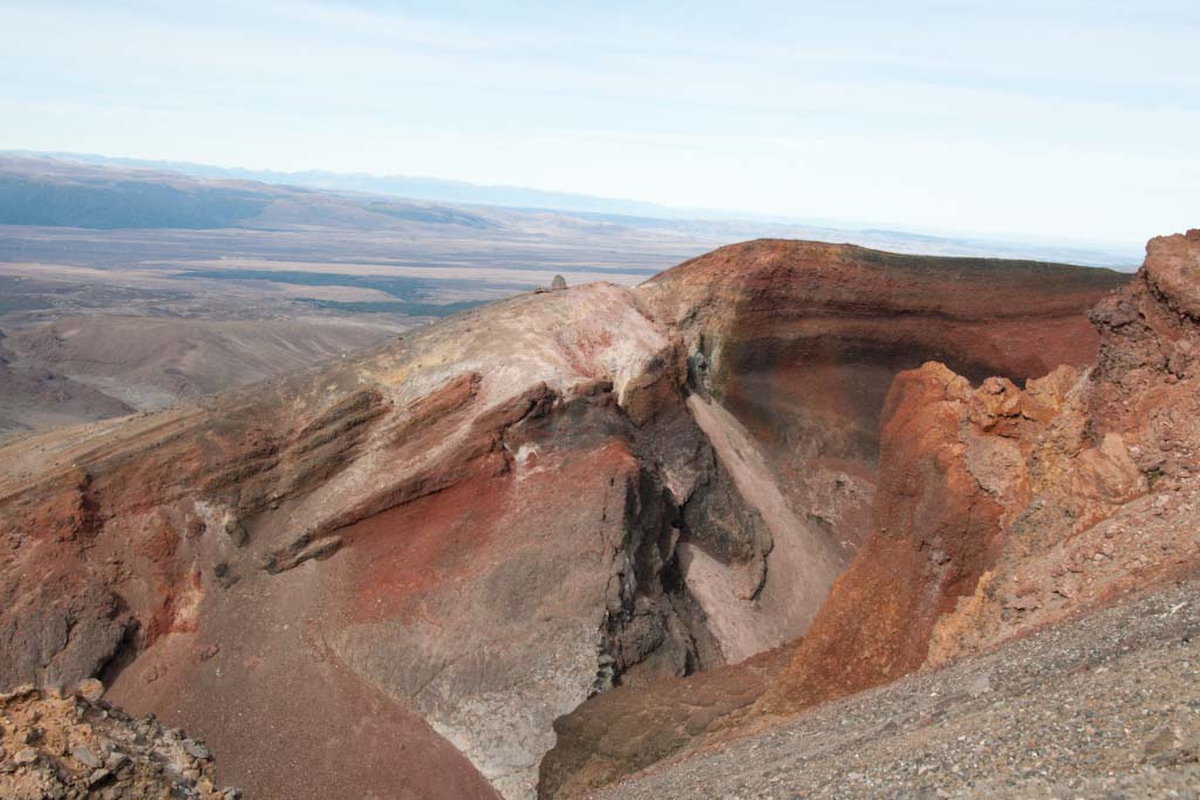 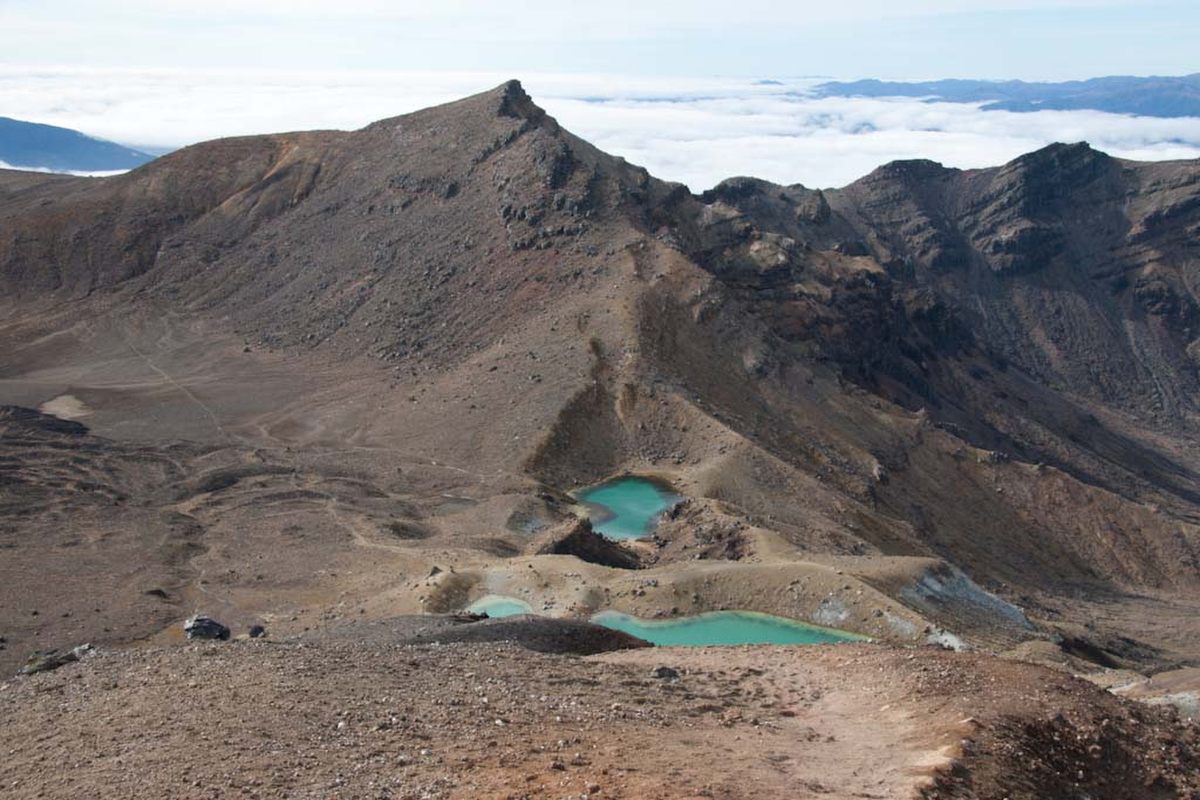 There are vast structures through which you can imagine rivers of heat must have poured. 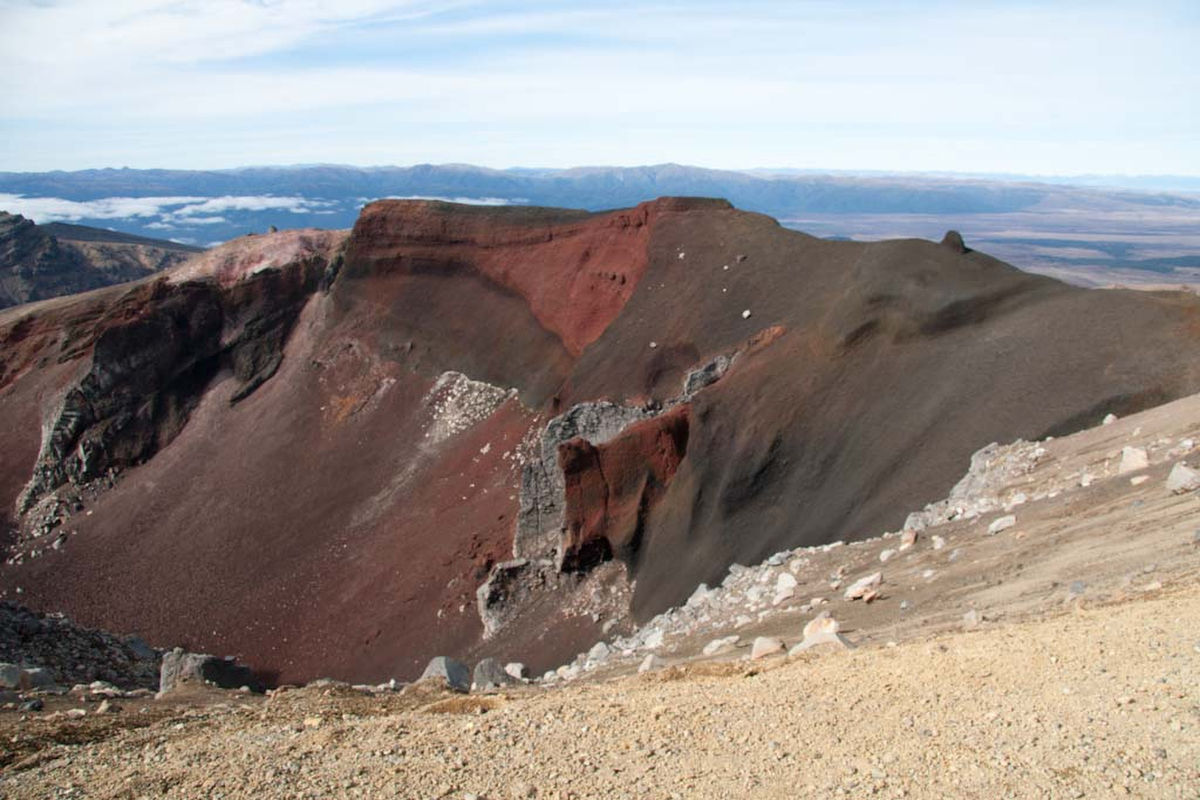 And some of the rocks look almost like man-made art installations. 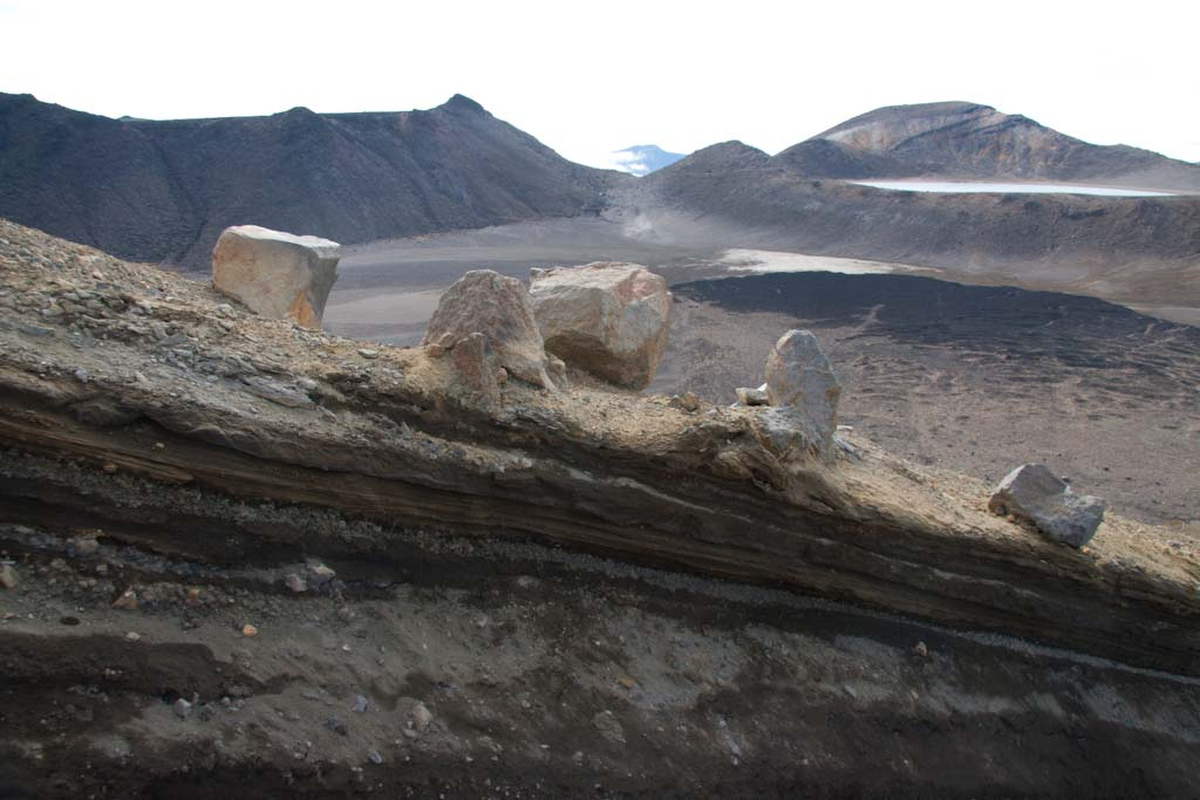 This other-worldly landscape emerges from placid surrounding plains, so you can look out and see what life is like back on Earth. 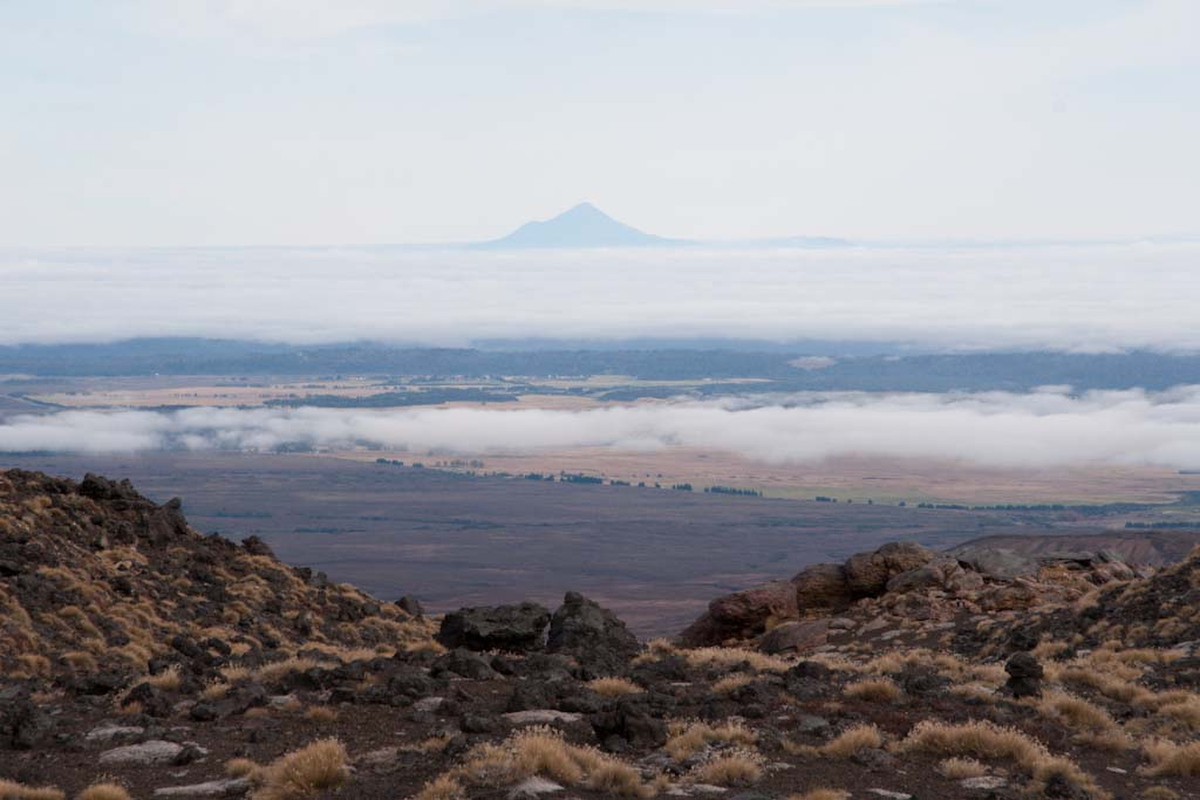 It’s a fascinating place, and makes for a most unusual one-day hike.  Recommended, if you get the chance to visit.

On our mantlepiece, we have a small golf-ball-sized piece of volcanic lava that I brought home to Rose after my trip.  “Here you are, darling; I’ve brought you a bit of Mount Doom!”

I always had a talent for romantic gestures. 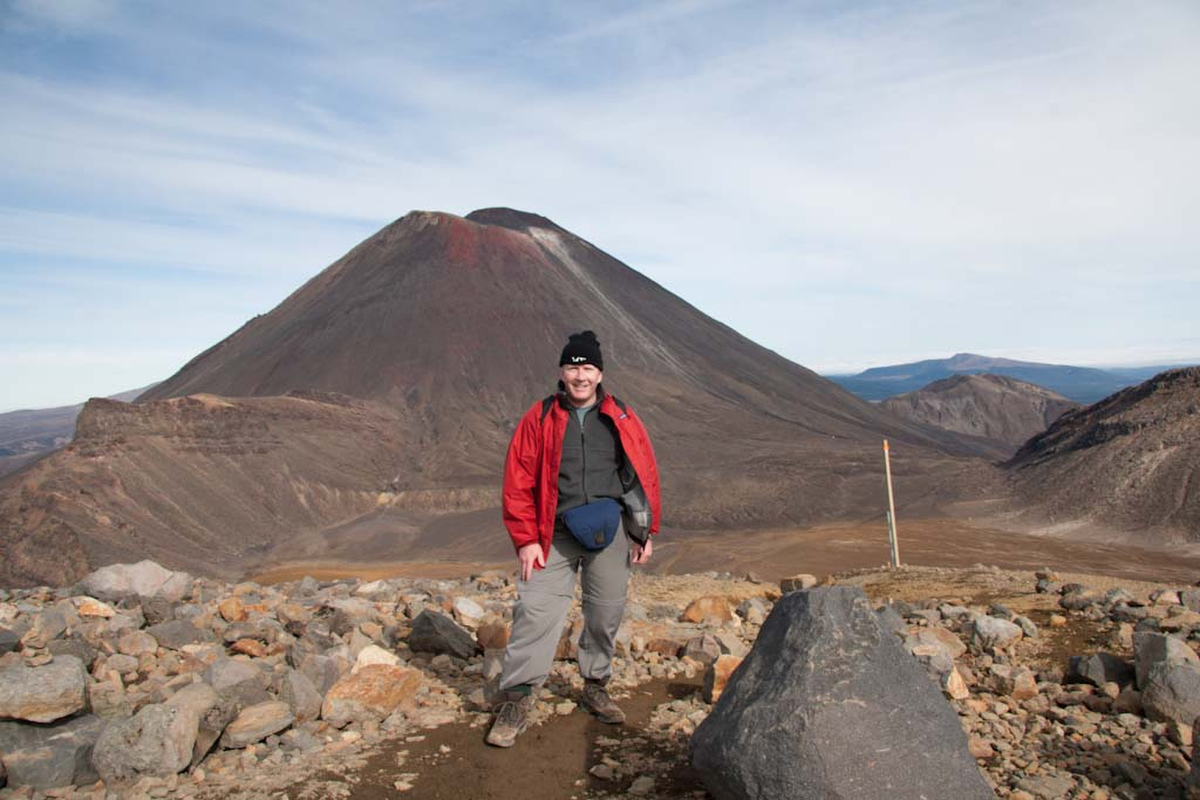