Google Tip of the Day

Here’s a quick two-and-a-half minute video which might save you some time one day, if not now!

(A direct link is here, in case you can’t see the embedded video.) 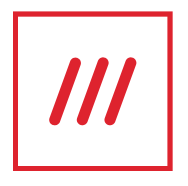 My friend Mike Flynn has been working for some years on very fast routing algorithms — routing as in maps, that is — and his primary demonstration of this is TimeToAnywhere – a system which can work out how long it takes to drive from one location to everywhere else on the map.

So you can say, for example, “There’s been an accident here. Which ambulances could reach it in less than 15 mins?” Or, “I work in Dry Drayton. Where could I live, and still have less than a half-hour commute?” This is pretty, but those of you with a computing background may also realise that, using most of the standard algorithms, this is also a very time-consuming problem when you try do it across this number of points. Mike, however, measures the time taken by his system in microseconds.

He’s recently set up a demo server which, if it doesn’t get too swamped, is fun to play with to get a feel for the speed! You can find it at TimeToAnywhere.com, and if you want to know how to get the most out of it, watch Mike’s short video.

…and so I turn to one of the most useful sites for British dog-walkers (cyclists, etc), which can help you answer the questions, “Is it about to rain?” and “How long will this rain last?” At the moment, the former question is largely rhetorical, but the answer to the latter can be very useful.

It was Richard who first pointed me at raintoday.co.uk, which gives you a rough animation of the radar precipitation map over the last couple of hours, so you can get a feeling for how fast the clouds are moving. It’s also worth knowing that if you put ‘/mobile’ on the end of the URL, you lose some features, but you also don’t get any ads. I have it bookmarked on one of the home screens of my iPhone.