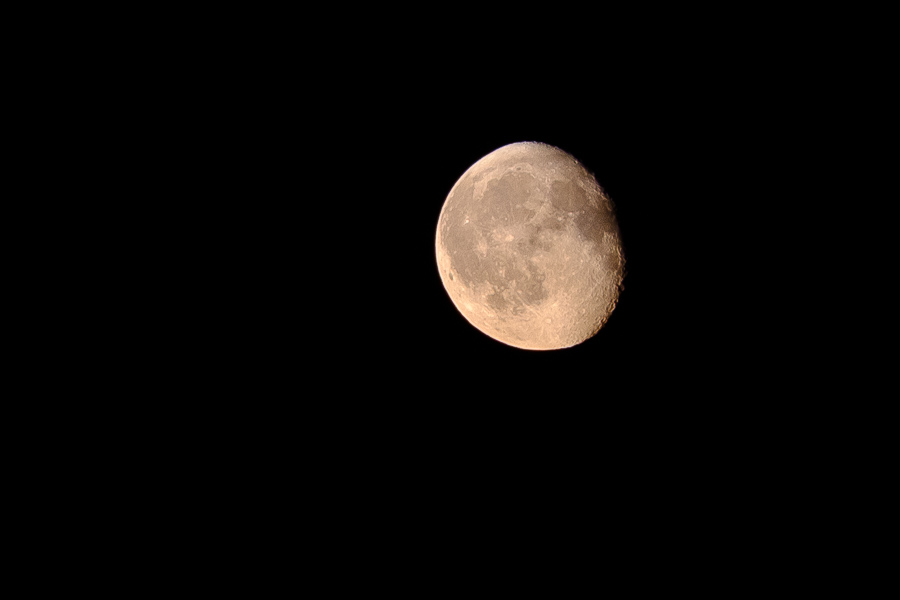 Three days after my previous one, a gloriously orangey moon, but now partly in shadow, so you get to see a few more contours.

I don’t really have the proper equipment for this; this is a crop from a photo taken with a 200mm zoom lens on my Fuji XT-2. But I’m still quite pleased with the result.

You can click on the image to see a slightly larger version, and go here for a map of where the lunar landings were.

I’ve never really looked this closely before, but it’s cool that I can at least identify the basic locations from my study window.

Buzz Aldrin’s footprint is about here: 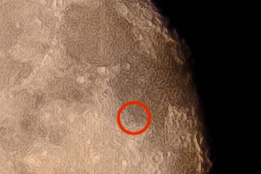 Scan the world, every day

Planet Labs has a plan, a plan which is exceedingly powerful, partly because it is so brilliantly simple. And it seems to be working.

If we’re right that there are 100,000 or more intelligent civilizations in our galaxy, and even a fraction of them are sending out radio waves or laser beams or other modes of attempting to contact others, shouldn’t SETI’s satellite array pick up all kinds of signals?

That question (or a variant of it) is known as The Fermi Paradox, and the above quote is taken from this rather nice and very readable article which outlines some of the big questions and possible answers.

Many thanks to Michael Fraser for the link.

On Aug 5th, the Curiosity rover landed on Mars. I hadn’t really absorbed, at the time, just what a technical achievement this was: not so much getting the thing to Mars, but landing it safely and ready to roll shortly after it hit the Martian atmosphere at 13,000 miles per hour. It weighs nearly a tonne. The Jet Propulsion Lab had, of course, made CGI simulations showing how the process would work, in advance of the landing, but in this brilliant piece of video editing they intercut it with footage of the control team on the ground celebrating its arrival. I suggest you turn the volume up and watch it full-screen.

Rose’s aunt used to work at JPL, and, when I visited many years ago, one of the directors made an offhand comment which basically amounted to a job offer. At the time, it was all very quiet, and though I was interested in the work, the elderly rows of SPARCstations tracking satellites didn’t grab me as particularly thrilling. Now, however, there can’t be many organisations that could put together a recruitment video like this!