Profile of a misunderstanding

I sometimes wonder whether my co-workers think I’m completely batty, and are just too kind to let me know.

Take yesterday, for instance. I was on a group call with half a dozen of them, and we were discussing Zoom videos, camera angles, background environments… all the normal casual chit-chat of today’s conversations.

“But Quentin”, said one of my colleagues, “what’s your profile image like?” She was asking about the new prototype staff pages on the department’s web site; a key topic of discussion at the moment.

I, however, was still in my own little world, thinking about camera angles, so I thought she was asking what I looked like from side-on! (Answer: no better than from the front, and probably even worse.) ‘Profile’, you see, has more than one meaning. So my response to her question about my account on the website was to turn sideways and talk about how sparsely my hair was distributed from any angle. It was only about 24 hours later that I realised what she must have meant, and collapsed in giggles. Everybody on the call was so nice that nobody said, “Eh? Have you completely lost your marbles?” The worrying question, though, is how often I’ve done this without realising my mistake afterwards…

Talking of ambiguity, there was a scene I always liked, which I think was from one of Steve Coogan’s films, though I can’t now find the source. Anyway, he was having a medical check-up, and it went something like this: 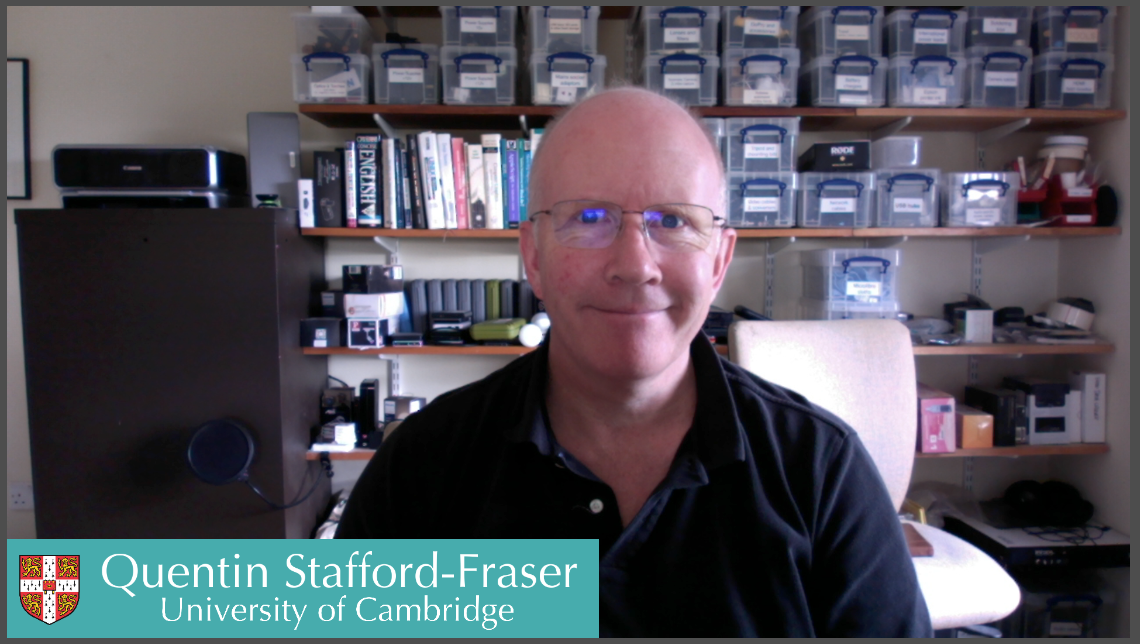 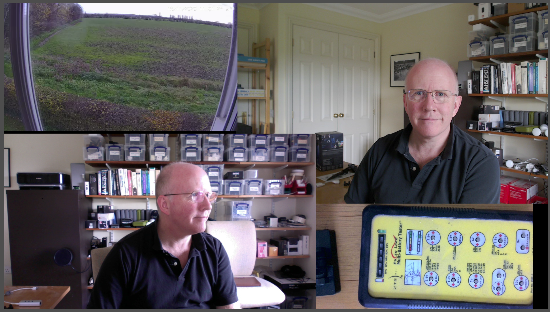 One of the big challenges facing lecturers in the University here is that, for at least the next term and probably the whole academic year, all of the lectures need to be recorded. Most of the small-group teaching, practical sessions, and so forth will be going ahead — with extensive Covid-prevention measures in place — but there’s no way we can pack big lecture halls full of people in the way we’ve become accustomed to over the last few centuries, so lectures will all be delivered online this year.

One aspect of my University job recently has been to find and evaluate some of the kit people might want to use for recording, either at home, or in the meeting rooms in the department that we’re equipping for this purpose. (At home, the sitting room has been converted into a recording studio for the 21 lectures Rose needs to get on disk!)

I’ve been making videos of some of my tests and experiments, mostly for internal use, but some of them might be helpful to others. If you should be considering purchasing a USB desk-standing microphone, for example, you might be interested in one of my recordings from yesterday:

I’ve been gathering some of these into a YouTube playlist as well:

I’ll add more there in due course, so do subscribe to my channel if it might be of interest.

Look through the window!

This one’s pretty obvious, of course. You won’t need to be told this. But perhaps you’ll have a friend who does?