Take Control of your Video Calls!

Do you wish you could incorporate videos, music, or views from multiple simultaneous cameras in your video calls & webinars?

In this video I take a look at one way in which Mac users can blend multiple media sources, sound and video, and send them out through calls on Zoom, Teams, Webex and similar apps.

In my post yesterday, I forgot to mention the final twist to my open-air Teams meeting, which made it even more surreal.

Just after pressing the ‘Leave meeting’ button on the app, I walked through our village churchyard and fell into conversation with a gravedigger. No, really. He was filling in a hole, and, leaning on his spade, told me that the heavy clay around here was nothing compared that that around Lavenham. It was a strangely Shakespearian encounter; I half-expected him to bend down, pick up a skull and ask if I recognised it.

After a brief but cheery discussion, I bade him good day and departed, thinking that I should probably have tossed him half a crown for good luck, or something.

Definitely not my typical office meeting, I thought to myself, and Tilly and I walked home debating the whims of Lady Fortune in iambic pentameter. 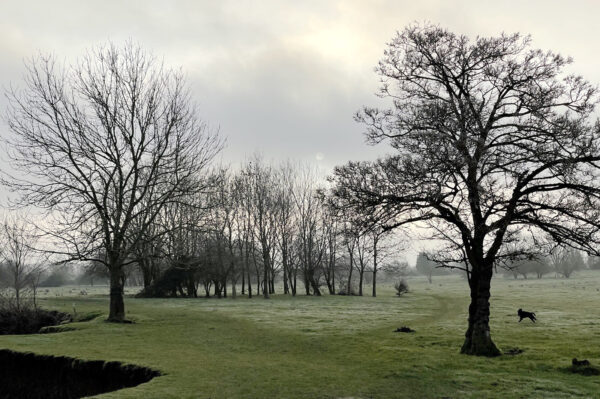 One man and his vlog

Yesterday I realised I was looking particularly suave and debonair, so decided it would be the right time to point a camera at myself. Mmm…

If you want to try using a decent digital camera for videoconferencing, you normally either need:

P.S. Sadly, various other people have used the phrase ‘One man and his vlog’, so I can’t pinch it on any kind of long-term basis 🙂 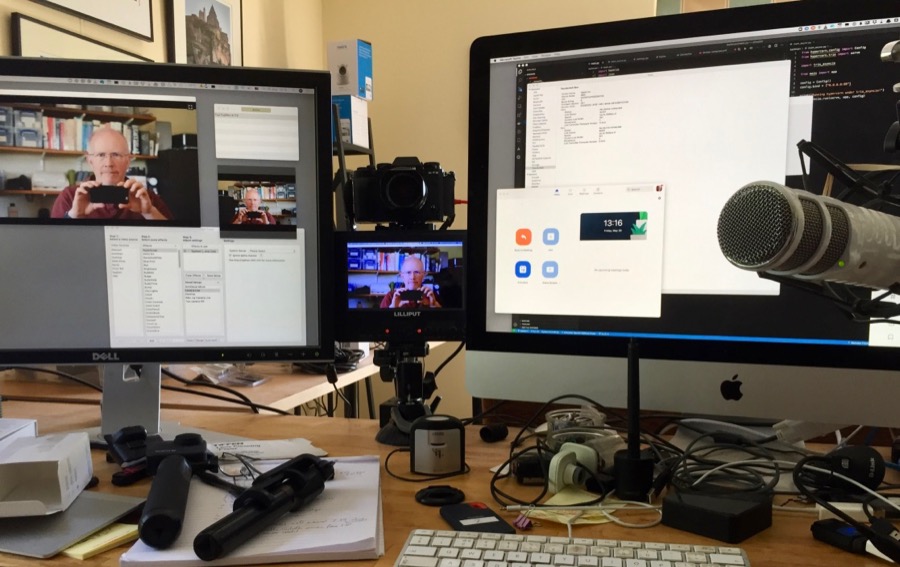