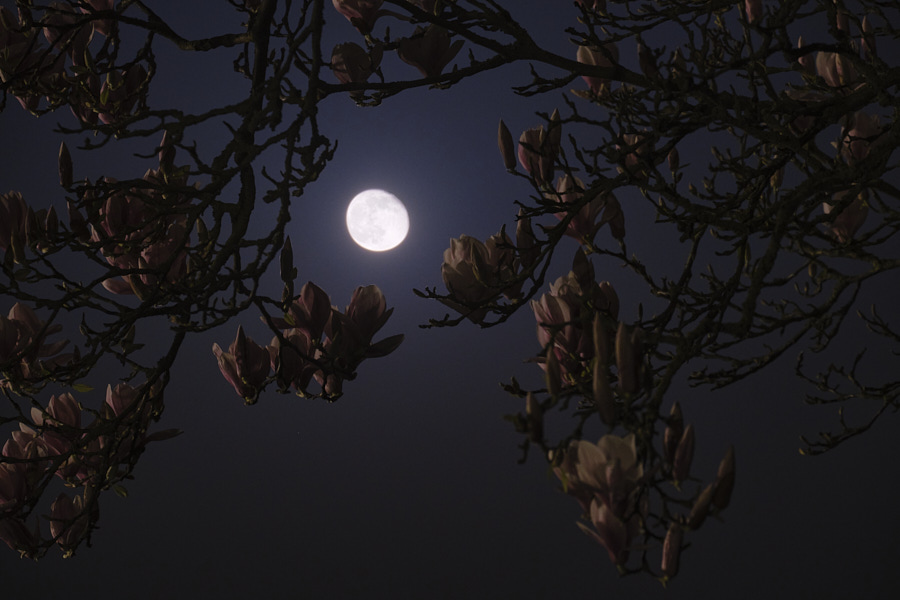 Our magnolia only blooms for a very few days a year, but it’s glorious when it does.

Am I getting old and cynical?

Somehow, these days, I can’t get as excited about the way people push things through my letterbox as I used to, nor as willing to write reviews about the way the package slipped to the floor. 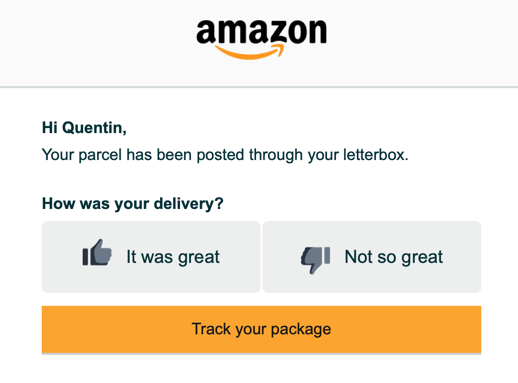 Well, it slipped through the door very nicely, but I think they forgot a third button on the form:

As an aside, I’m also slightly bemused that they still provide a ‘track your package’ link at this point?

Mind you, lots of people are more excited about things these days. I got some really great news yesterday that EE had updated one of my handset configuration files.

Time to crack open the bubbly.

Yesterday, in response to another thread about the AstraZeneca vaccine concerns, I tweeted,

“I hear there’s also a risk of having a car accident while driving to or from your AZ vaccination! Why is this not being revealed to the public?”

“You could be run over walking from your car too, these car parks are dangerous places!”

And Clive Brown responded with a quick back-of-the-envelope calculation which showed that, yes, indeed, if you drove 6 miles for your vaccine, an accident was more likely than a blood clot.

Getting mine tomorrow, if I survive the journey…

Who let the dogs out?

Dogs are not subject to the same lockdown restrictions as the rest of us.

They’re clearly making the most of it, and heading out for adventures in their campervans. 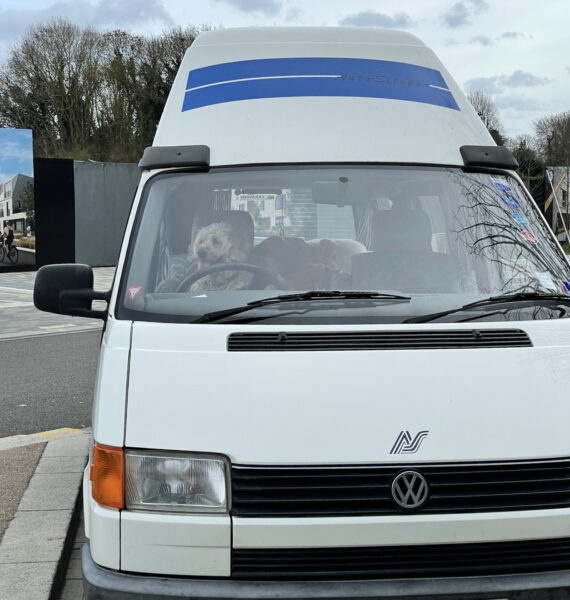 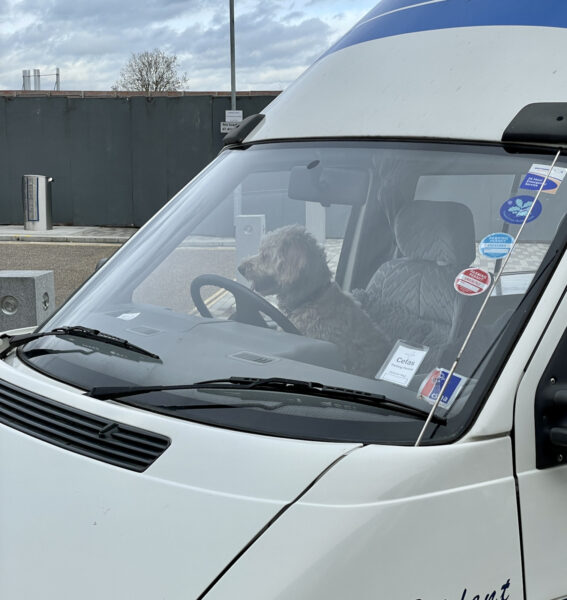 Spotted outside Sainsbury’s yesterday. I’m guessing they were just stocking up on sausages to go in the fridge.

In the next few months, most of us will start to face a whole range of new social situations for which even the most careful perusal of Debrett’s will have left us unprepared.

No doubt you’ve already already pondered how best to communicate some of the following ideas (or respond when others say them to you), so please write in with your suggestions. Our agony aunt will be addressing these and other social dilemmas in a future column.

“I have a mask here, and am very happy to put it on if you are at all uncomfortable with the distance between us. Ah, you have one too? Let’s see who feels the need to put it on first.”

“We’d like to invite you for dinner, but are unsure how soon you will feel comfortable with this. Could you suggest some months that would work for you?”

“‘Dress: black tie and mask. Decorations may be worn.’ Would wearing a mask in my regimental colours be appropriate?”

“Your story is very interesting and you’re clearly very excited about it. Would you mind standing downwind of me while you tell it?”

“That’s a very kind invitation, but I happen to know your husband is an anti-vaxxer and I’m not coming near your den of contagion until the R number is below 0.2.”

“Mr and Mrs Wyndham-Smythe request the pleasure of your company at the wedding of their daughter Sophie, as long as not more than 14 other people accept the invitation.”

“I find you very attractive and I’m not currently socially interacting with anybody else at the moment. I don’t wish to be too forward but… would you like to be in my bubble?”

Favourite quote of the day

We have never experienced a disease that hit the whole planet at this scale, this fast, all at the same time. Well, except for Facebook.

Paolo Valdemarin, on the (splendid) State of the Net podcast. 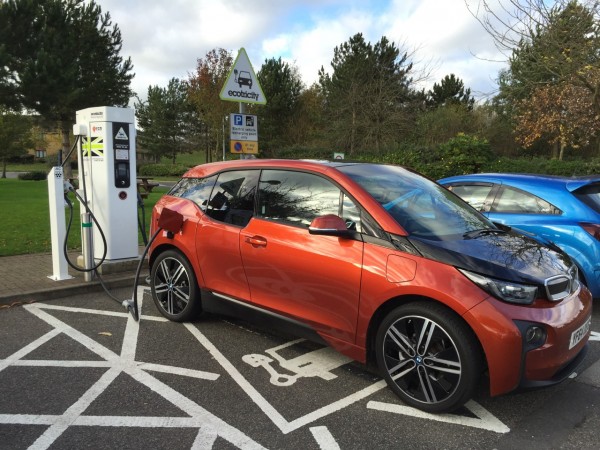 The above photo, taken in 2015, was the first time I had charged an electric car at a public charging point: one of the stations installed by Ecotricity as part of the ‘Electric Highway’.

At the time, pumps were scarce, battery ranges were about 70 miles, and charging was free. This meant that you had a real sense of achievement when you reached one, like getting to the end of the rainbow and finding a pot of free gold, I used to think, though perhaps a better analogy is of a parched man finding an oasis in the middle of a desert. Anyway, we were pioneers, spirits were brave, the stakes were high, men were real men, women were real women, and small furry creatures from Alpha Centauri … well you know the rest.

All of this gave many of us a fondness for Ecotricity, because they truly enabled the adoption of electric driving here, several years before it would otherwise have been viable. Admittedly, they gained a monopoly on the motorway service station locations as a result, and I believe the installation was heavily subsidised; I’m not sure the figures have ever been made public. In 2016, they started charging for charging. I did some crude analysis and defended the pricing, which some people thought too high. Still I doubt they’ve ever made any significant money on it, and it was probably a loss-leader, partly to connect people with their other offerings.

Over the years, though, fondness for Ecotricity has waned, because the network was poorly-maintained and unreliable, the ‘rapid’ chargers were, by modern standards (a whole five years later!), slow and cranky, and nobody now heads for an Ecotricity charger if there is any other viable option. A recent Zap-Map survey of the UK’s 16 charging networks — yes, there are actually 16 — placed Ecotricity at position… ahem… 16.

If you compare them with some of the newer installations I’ve visited, like this one from Polar: 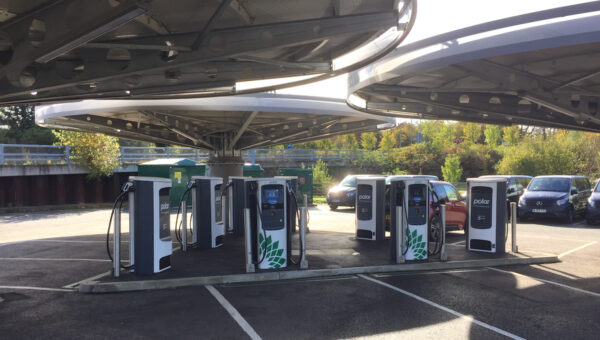 or this from Instavolt: 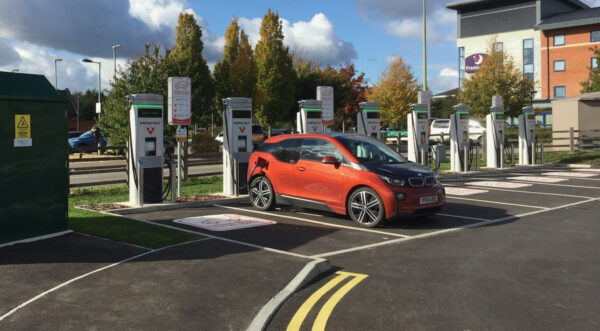 then they just can’t compete. And that’s before we even start looking at Tesla superchargers.

Yet Ecotricity still maintained the monopoly on the motorway service stations, so the places where you needed the fastest and best chargers had the slowest and the worst.

Yesterday, there was an announcement that this monopoly was going to end.

And today, joint announcements from Ecotricity and Gridserve say that they’re going to collaborate on renewing the Electric Highway. (Did Dale Vince jump, one can’t help wondering, or was he pushed?) Anyway, this is excellent news.

Gridserve, for those who don’t know, created the UK’s first fully-electric forecourt, which I visited soon after it opened. Like everybody else, I was suitably impressed, so it’s great to see them grow. 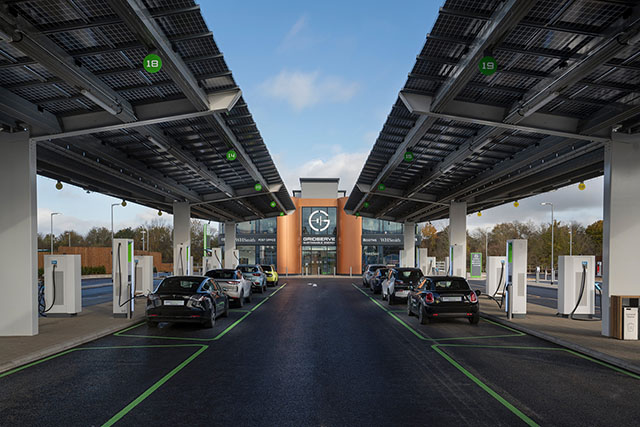 The Fully Charged Show has an interview with the CEOs of the two companies.

The key item to take away here is that most of the UK’s motorways will soon be well-equipped with 350kW chargers capable of adding vast amounts of range to the big batteries of today’s newer cars, in the time it takes to visit the loo and get a coffee.

The Gridserve forecourt was actually the last place I charged my old BMW before replacing it, so in a sense, this merger of its first and last charge-suppliers seems somehow appropriate, and my ownership of that car is a bit reminiscent of the early days of the web: it spanned the era from when EV-driving was new and exciting to when it started becoming mainstream, in a very small number of years.

Which is all excellent news, but it means I’ll have to find something else to do now, to maintain that feeling of being a pioneer…

Profile of a misunderstanding

I sometimes wonder whether my co-workers think I’m completely batty, and are just too kind to let me know.

Take yesterday, for instance. I was on a group call with half a dozen of them, and we were discussing Zoom videos, camera angles, background environments… all the normal casual chit-chat of today’s conversations.

“But Quentin”, said one of my colleagues, “what’s your profile image like?” She was asking about the new prototype staff pages on the department’s web site; a key topic of discussion at the moment.

I, however, was still in my own little world, thinking about camera angles, so I thought she was asking what I looked like from side-on! (Answer: no better than from the front, and probably even worse.) ‘Profile’, you see, has more than one meaning. So my response to her question about my account on the website was to turn sideways and talk about how sparsely my hair was distributed from any angle. It was only about 24 hours later that I realised what she must have meant, and collapsed in giggles. Everybody on the call was so nice that nobody said, “Eh? Have you completely lost your marbles?” The worrying question, though, is how often I’ve done this without realising my mistake afterwards…

Talking of ambiguity, there was a scene I always liked, which I think was from one of Steve Coogan’s films, though I can’t now find the source. Anyway, he was having a medical check-up, and it went something like this: 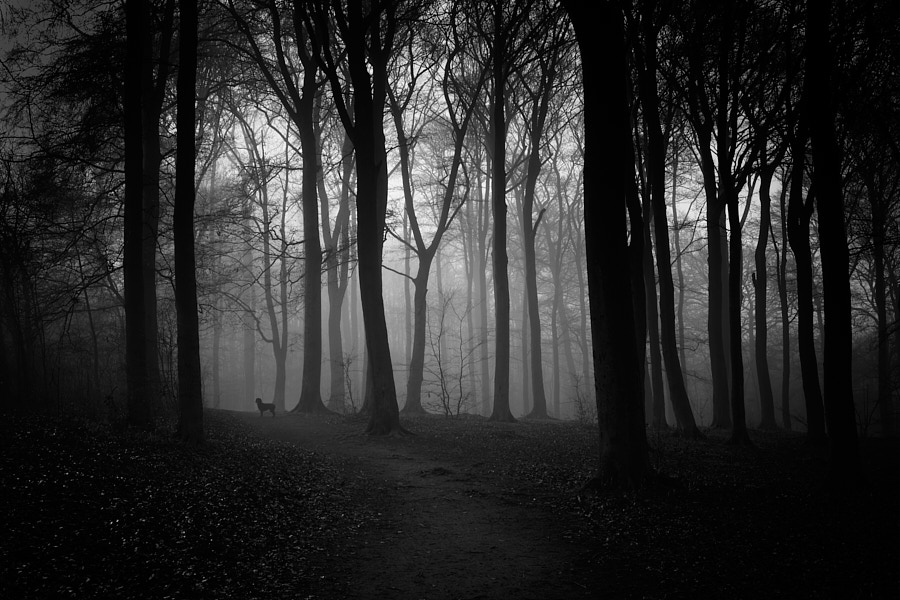