For some of you, Mastodon will be old news — I’ve had a Mastodon account for four years, but haven’t really used it before — but many more, I imagine, will be saying, “Mastodon? Never heard of it!” I think you probably will be hearing a lot more about it, though, very soon, so I wanted to make sure you heard it here first!

At its simplest, Mastodon is a social network/microblogging platform rather like Twitter. And it’s getting a lot of attention at present as people are leaving Twitter, or at least exploring alternatives, because they don’t like what Elon Musk is doing with it or what they fear he might do in the future. I’m reserving judgement on that for the moment, but Mastodon has apparently gained about a million users in the last couple of weeks.

So what does Mastodon have going for it, apart from not being under Elon’s control? Well, a proper answer to that would be really quite long, but here are a few key points:

What I like about this stuff is that, to me, it feels more like the way the internet was in the early days, and the way it should be: people running or choosing their own servers, and people reading and subscribing to content based on their own preferences and not on the profit-maximising algorithms of big American or Chinese corporates.

I hope it flourishes.

This is a great post by Scott Galloway warning about the influence of TikTok. Some have accused it of fear-mongering, but do read the whole thing and see what you think. Here are a few key points:

So, Galloway warns, small changes in the configuration of the TikTok algorithms — just a thumb resting on the scale — can have a massive influence:

Dial up wholesome-looking American teens with TikTok accounts railing against the evils of capitalism. Dial down the Chinese immigrant celebrating the freedoms afforded in America. Push Trump supporter TikToks about guns and gay marriage into the feeds of liberals. Find misguided woke-cancel-culture TikToks and put them in heavy rotation for every moderate Republican. Feed the Trumpists more conspiracy theories. Anyone with a glass-half-empty message gets more play; content presenting a more optimistic view of our nation gets exiled. Hand on scale.

The network is massive, the ripple effects hidden in the noise. Putting a thumb the size of TikTok on the scale can move nations. What will have more influence on our next generation’s view of America, democracy, and capitalism? The bully pulpit of the president, the executive editor of the New York Times, or the TikTok algorithm?

Thanks to the footnotes in John Naughton’s Observer column for the link.

To live in the modern world, you need to understand social networks. That’s not the same as using them; you can understand them without using or wanting to use them, and you can quite happily use them without actually understanding how they work at all. In fact, I would suggest, most people do, and that ignorance is amongst the bigger problems facing the world today.

Fortunately, we have a good antidote to it, in Charles Arthur’s latest book “Social Warming: The dangerous and polarising effects of social media”. I think it is superb.

Arthur is a highly-respected writer and journalist of long standing, but it’s still quite an achievement to produce a book which is nicely written and enjoyable to read, yet simultaneously extremely serious and important.

The title draws an analogy with global warming: there’s no one single massive event that causes climate change: it’s the result of millions of small actions and interactions taking place all over the planet for an extended period. And the mechanisms which drive social networks, which make them tick, also seem mostly harmless at the level of individual interactions, but they too accumulate to have enormous impact. We remain in ignorance of them at our peril… until perhaps one day we’ll find things have gone too far.

The dramatic cover might lead you to think this is going to be a shocker: a breathtaking exposé of corporate evils, which you can only escape by banning Facebook from your life forever. In fact, however, it is a rational explanation of the algorithms social networks have found to be effective in driving ever-greater engagement of the audience (and hence ever-greater revenues for their shareholders). And it’s a journey through numerous examples of the impact these mechanisms have actually had in key situations in different parts of the world.

The rest of you don’t need to read it.

‘Social Warming’ can be purchased from Amazon and many other sources, with hardback, Kindle and audiobook versions available now, and paperback to follow in the spring.

The Opposite of a Press Release

CAMBRIDGE, UK — Today sees the launch of a new industry body for major technology companies in the online-shopping, social-networking and other related fields. The Global Online-Traders’ and Community-Hosters’ Association (GOTCHA) exists to protect the value of news stories about its members, and ensure fair compensation of those whose activities actually generate the news.

“This is a problem which dates back to the dawn of the industrial revolution”, said William Boot, the organisation’s chairman and CEO. “Newspapers and other media have always been fascinated by the activities of large companies and the personalities who lead them. It is fair to say, in fact, that a significant proportion of their revenues are derived from such stories, and today you can barely open a newspaper or visit a news website without reading about the wealth of an Amazon chairman, the activities of a Facebook CEO, or the supposed iniquities of a Google algorithm.”

Boot, a low-paid former journalist himself, says that he gradually became persuaded of the lack of fairness in the current system and determined to do something about it by joining the other side and forming a campaigning organisation on behalf of those who actually feature in the news.

“Nobody is saying that articles shouldn’t be written about these organisations and entrepreneurs”, he explained. “However, we are clearly living in an unbalanced world when media organisations can make significant amounts of money simply by writing a few words about those who do the hard productive work. These technologists give up years of their life creating services that provide value, products that enrich people’s lives, and platforms that dramatically reduce the friction of global trading. It seems only fair that, when an article is written about a major technology corporation or one of its officers or investors, some portion of the revenue derived from that story should go to the company or individual concerned, since, without their success, there would be no story to write. GOTCHA will be campaigning tirelessly on behalf of its members and will be facilitating the resulting payments made by the traditional media outlets.”

GOTCHA, though founded in Cambridge, England, has yet to announce the final location of its headquarters, though the association has made it clear it won’t be based in Australia. 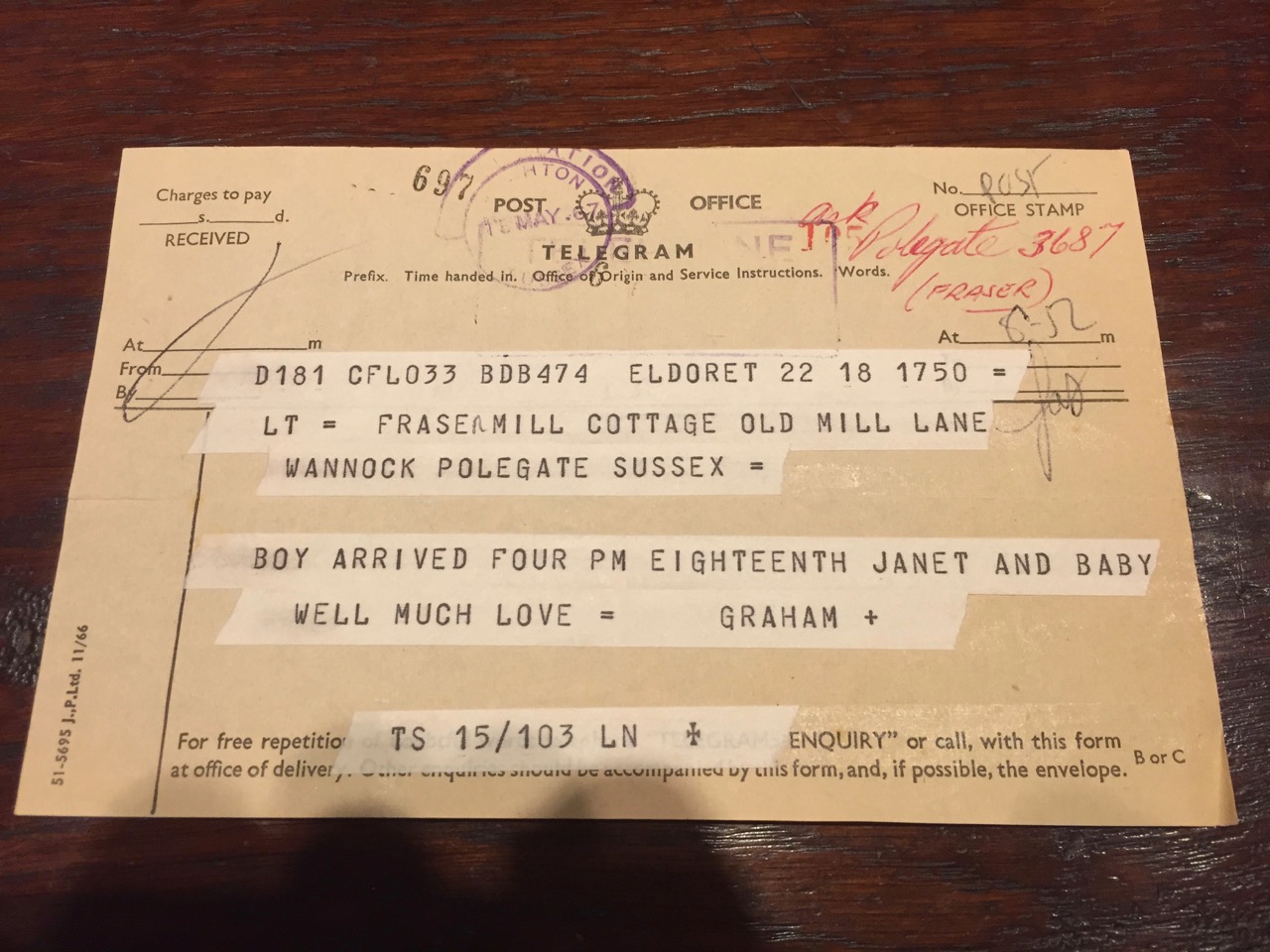 Here’s a question for the socially-sensitive internet denizens of today:

Is it bad form to ask people to retweet your post?

I see plenty of tweets with ‘Please RT!’ on the end, and it seems… well… a bit off to me, but what’s more, it implies that the content doesn’t have sufficient merit of its own to inspire you to do this…

After all, we wouldn’t send out emails saying “Please tell all your eligible friends how good-looking I am!” or “Please vote for my brother’s political party!”. At least, not if we’re English.

Or did I just spend too much of my youth reading Debrett?

Feel free to add your thoughts in the comments!

In the early days of Facebook, I found it rather annoying – there were just too many invitations from people which would have involved installing applications in my account. So I focused on the more streamlined Twitter, and many of my friends seem to have done the same.

But I’m definitely in the minority. Facebook publishes detailed statistics about their users, presumably because they are rightly proud of the numbers. 350M active users, of whom, on any given day, 50% log in, and 10% update their status at least once.

Twitter doesn’t publish any stats, but even the most optimistic estimates suggest they have less than a tenth of these numbers. For all the recent attention, it does seem as if they have a long way to go to be anything like as influential as Facebook, and such graphs as I’ve been able to find suggest that usage has declined over the last six months.

Anyone know of any reliable stats?